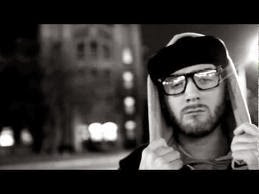 After appearing in several of Drake's videos including his famed debut appearance in "HYFR", OB OBrien is ready to break in 2014 as his first track as apart of the OVO camp is dedicated to the injured but bonafied Hall of Fame point guard of the LA Lakers.

Check out "Steve Nash" below.

Will OVO be running point as the new label in 2014? Time will tell.