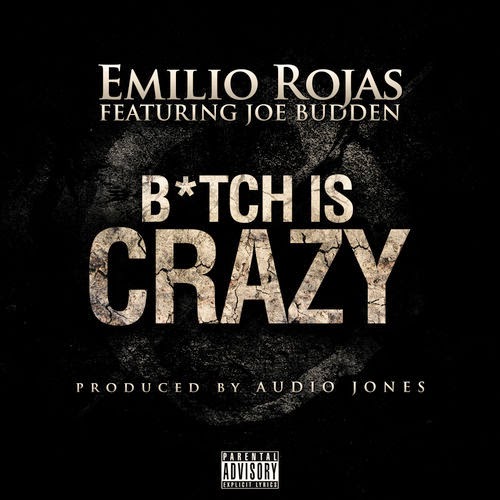 First you love me then you hate me.

Last summer, Rochester, New York native Emilio Rojas released his ninth mixtape which featured the smash single “Wake Up With You”. He’s been turning heads in the industry and catching the ears of hip-hop fans for some time now and hasn’t let up. Though he remains unsigned, Emilio has been putting in work as if he were under contract. He’s managed to put out 10 projects since 2004 including collaborations with DJ Green Lantern, J.U.S.T.I.C.E. League, and Harry Fraud. This summer he returns with a new mixtape titled Zero Fucks Given presented by Hot 97 resident disc jockey Heavy Hitter DJ Camilo. The tape’s breakout song, “Bitch Is Crazy,” is produced by Audio Jones and features a fitting verse from Joe Budden. Listen to the track here and make sure you download the mixtape.