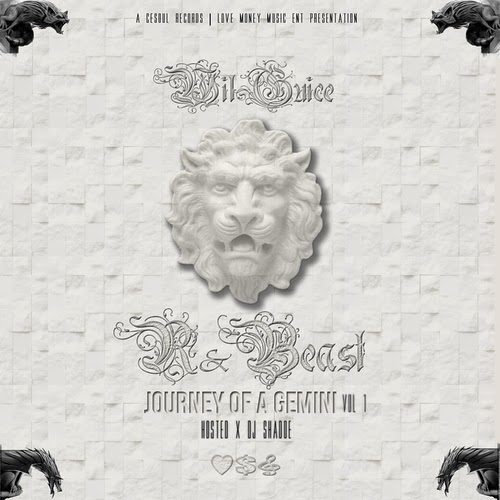 Gemini season is a few days past but Wil Guice is still claiming it.

After blessing listeners with a new song each day in the past month of April (that’s 30 songs if you didn’t know how many days were in April), Wil Guice is back at it again. The talented multiplatinum singer/songwriter from Ohio didn’t just go on vacation after unleashing a soulful R&B attack on the music industry, nor did he embark on any countrywide tours, instead he went into hiding. Not so surprising. It’s what anyone would do after wreaking havoc on chartered territory. But in the case of Wil Guice, hiding was no retreat; it meant getting back to work in the studio and preparing for another melodious onslaught. Well today he strikes, dropping his new mixtape R&BEAST: Journey of a Gemini Vol.1. The tape is hosted by Denver, Colorado native DJ Shadoe and boasts a ridiculous 19 blazing tracks. On the producers list are Djay Cas and WMS The Sultan, just to name of few of the heat makers enlisted for this project. And make no mistake about it, Guice certainly has more coming. Listen to the full mixtape here.