E. Ness Is On A "Whole Nother High" 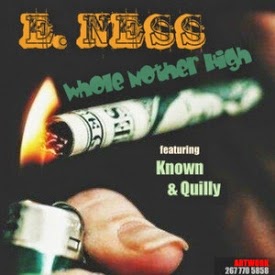 Light It Up.
In just a matter of weeks, E. Ness releases his third banger for the streets and delivers some heat with assistance coming from two of his Philly compadres. The track is called "Whole Nother High" and features producer/rapper Known and young emcee Quilly. The song is set to appear on Ness's upcoming mixtape DROUGHT IS OVER, which is scheduled for a late summer release. Listen to the track here.