Posted by DJ Mainstream on January 14, 2015
Any other radio show could have gotten this interview.

Any other radio personality could've done this interview.

But after breaking the internet and shaking up the independent scene in New York, "Fire Squad" MC Leon Marin has officially confirmed his appearance on Voiceless Music Radio with #ThePulseOfNewYork THIS THURSDAY! 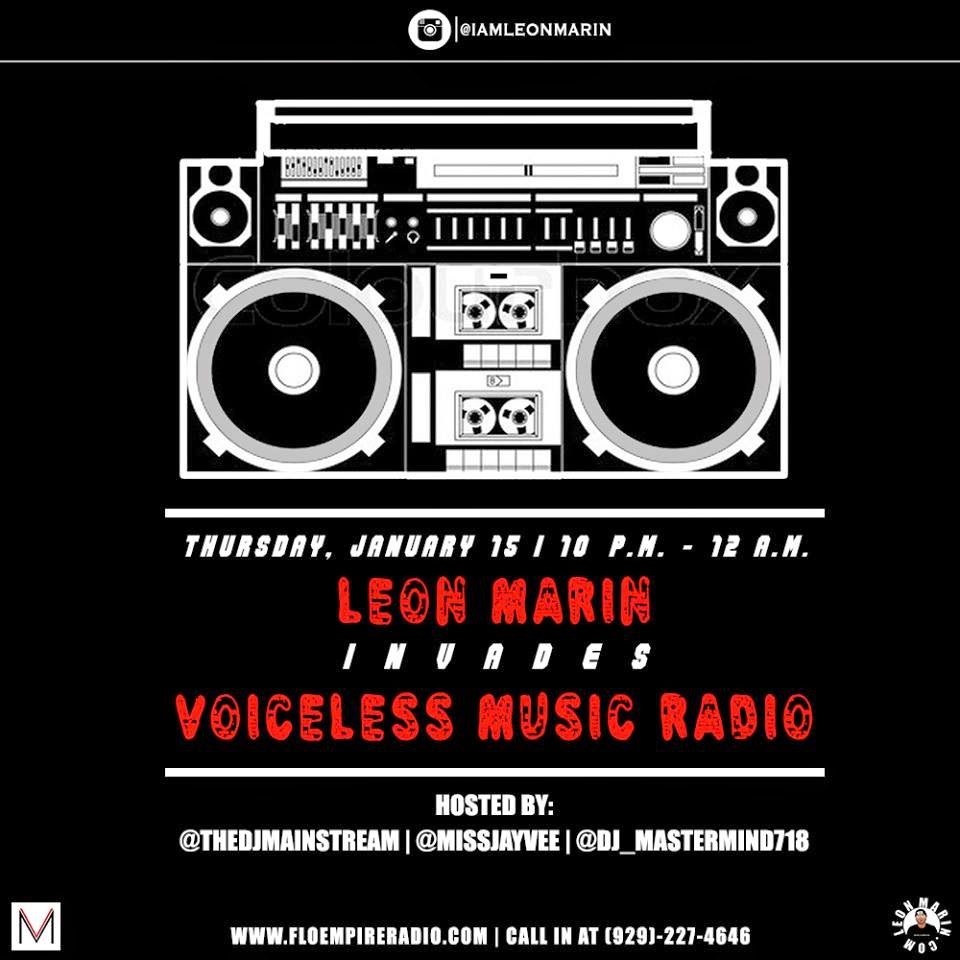 Leon will be live officially at 11pm
ONLY ON FLOEmpireRadio.com!
#ThePulseOfNewYork Leon Marin Voiceless Music Radio