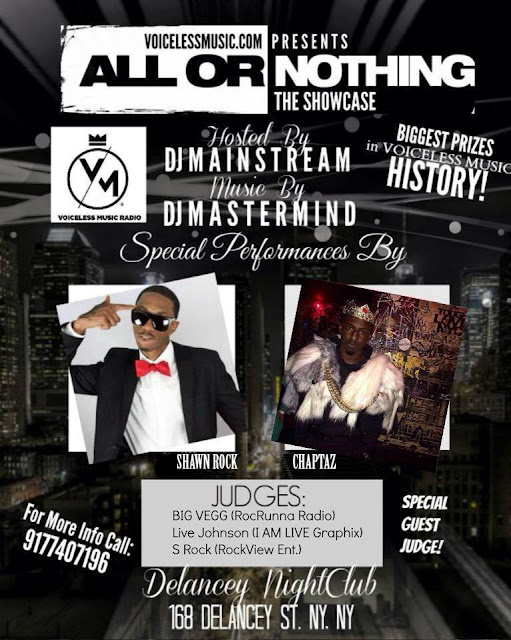 In a few hours, our showcase #AllOrNothing goes down at The Delancey in New York City. However, this past week on Voiceless Music Radio w/ DJ Mastermind & DJ Mainstream, we pregame the event with some dope talent! Bizzy Bee joined us as Siano, X Tha God & Chaptaz came on the show discussing everything music.

X talked about his upcoming mixtape The Chosen One and sharing his feeling on what sets him apart from the rest of the game.

Siano discussed his release of the video "FWYH" and his plans for the rest of 2015 including more visual coming soon (BREAKING: Siano will appear at tonight's event!)

Then, Chaptaz closed the show with his feelings on mainstream artists, the Deans List Tour and his travels performing across the world.

It was a informative, entertaining and polarizing episode of Voiceless Music Radio, where you can hear the whole podcast via Hulkshare and watch the video replay below!