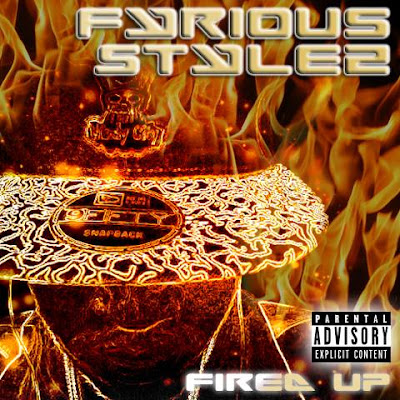 After several mixtapes, an abundance of free music and showcase features (including our epic Smash Studios Showcase), the Bronx MC known as Fyrious Stylez releases the long awaited featured album Fired Up.

While most may not known the name Fyrious Stylez, the rapper has constantly remained consisted as stated in his interview last night. So, when cranking up “Ambition”, you can tell his confidence in his work is prevalent while displaying his need to make it in music. And while “Luciano” featuring Star Qualified’s KB Major sounds like the obvious radio/hit single, it’s not hard to see “Butterflies” may definitely get acknowledgement for its mainstream sound and subject matter.
Click the link below and preview and purchase Fyrious new project!
Fyrious Stylez - Fired Up (Album)