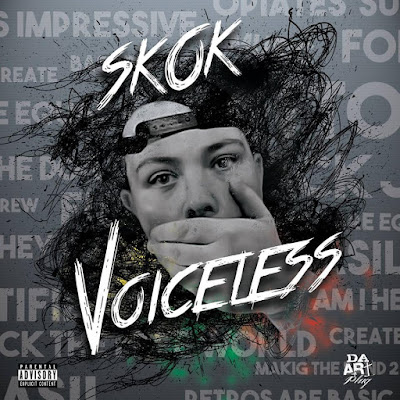 845 has literally created THE independent buzz on the Hip-Hop genre, but there always has to be a standout from the crowd... we present SKOK and his debut full length project, Voiceless.

In such a short time, we have become enamored with SK's lyrical ability and also his diversity. Either albeit as a voice for the new generation in a jaded nation with "My Amerika" or the entertaining commercial-sound sleeper hit "Nice Witit" featuring Voiceless Music vet L.A.

If your looking for a well rounded album: not too much of just bars with a good mix of story telling and radio music, then you've found it in Voiceless.