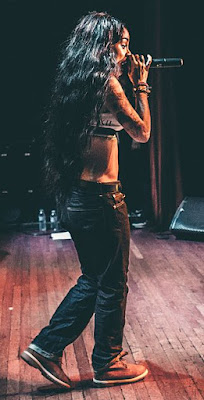 After some blatant hate across social networks, the young songstress full of life Kehlani had her hard work paid off with a Grammy nomination that was announced yesterday. Not to be outdone, her feature track today is alongside another artist getting his just due in Charlie Puth who was also granted a Grammy nomination for his Wiz Khalifa feature for “See You Again”.

Together, both artist crank out a sultry, upbeat version of fellow nominee Drake’s uber-infectious single. Check out today’s Voiceless Choice, their version of “Hotline Bling”.