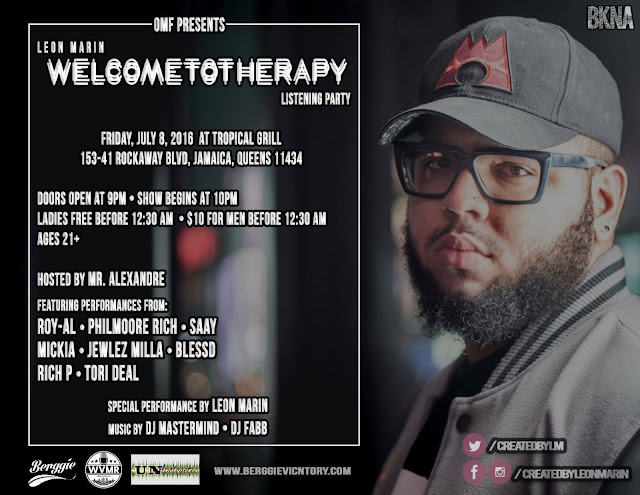 Leon Marin has officially begun his campaign to release his next project, an EP titled WelcomeToTherapy. 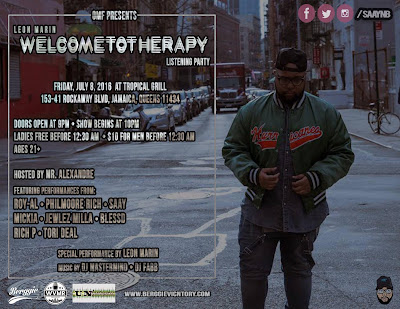 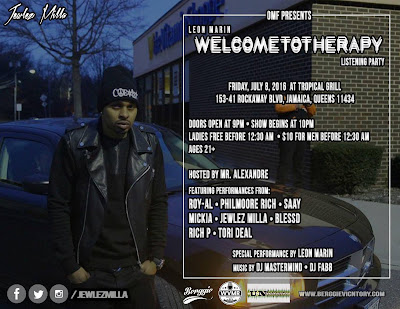 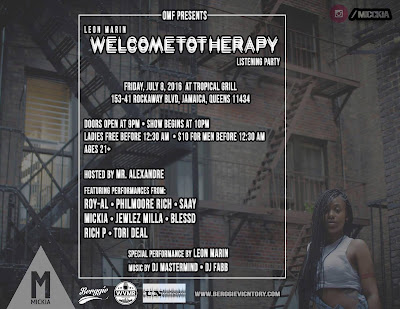 And as he begins his campaign, Marin wants the world to hear his effort. So on July 8th, live in Queens, it is the WelcomeToTherapy Listening Party at Tropical Grill! Featuring performances by some of Leon’s top peers, and Voiceless Music’s finest including Saay, Jewelz Milla, Tori Deal and fellow BKNA representative Roy-Al! 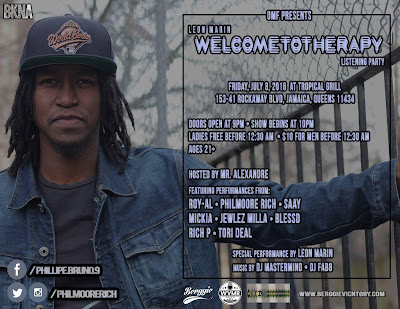 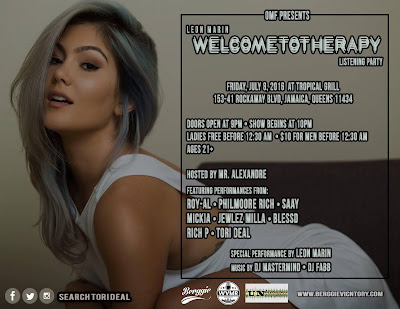 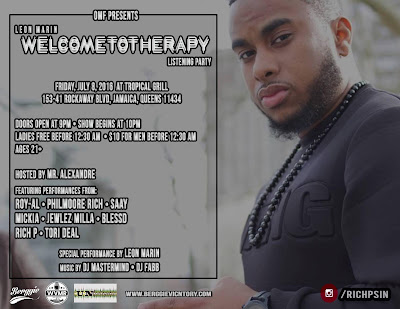 Join WVMR’s The Pulse Of New York as Lady Sen & DJ Mainstream will give coverage while DJ Mastermind will be on the 1s and 2s! Be there and celebrate Leon’s latest release!
Parties/Events