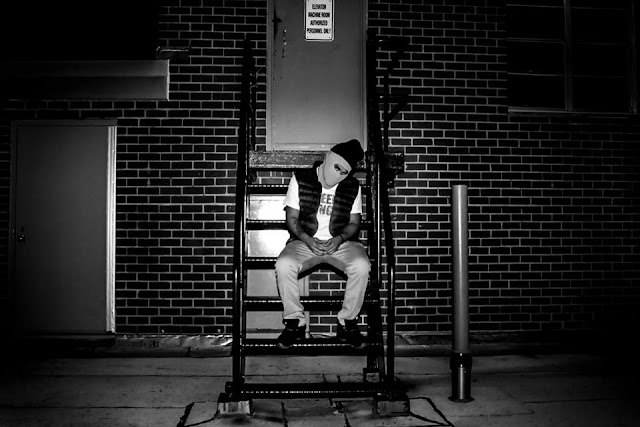 We we're the first blog to ever feature Poncho ‘Tru Wordz’ Nueve several years ago and expose the world to his greatness.

In 2013, he debuted with his “72 Freestyle”, in early 2014 he appeared on Voiceless Music Radio and dropped several tracks. Then one night at House Of Vans, March 2014, he revealed to us Agent Orange is coming…Today, the wait is over as the MC drops 11 tracks of hard earned work that he had to balance between rhyming and photography venture…

If you are looking the ‘hit the folks’ and dabbing music, please log off now, as Poncho is literally ‘true to his words’ in being a perennial true MC. Similar to the J. Cole’s before him, that old school 90s vibe that defied his rise on the scene since we we’re introduced to him. This is most evident on the story-telling, Goodfellas sampled “Mic Check” that feeds us a Royce Da 5’9 touch that New York has been missing. The same can goes bonafied fan favorites: the TTCQ like, lady loving “If You Got Time” and Wu Tang referenced “Queens Get The Money”.

But what stands out to us, is the West Coast heavy “Let It Vibe…” that not only shows Poncho’s versatility but delivers on reminding us of younger versions of Game and Dr. Dre before him.

“Dictating all the dickheads off the podium”

Check out Agent Orange… in its entirety below and hear “Let It Vibe…” on rotation on WVMR today!

Alongside his partner Vinnies , New York hip-hop seems to be in good hands with Sean Clout .  So assuming the role of the Big Apple's lyrical dark knight, Sean dons the mask as the city's Rap scene protector. Filled with more smoke and mirrors than a DC comic,  Clout has made it clear he's not the superhero we want... but one we need.  With some brave and bold content, check out the visual to "Gotham" below.