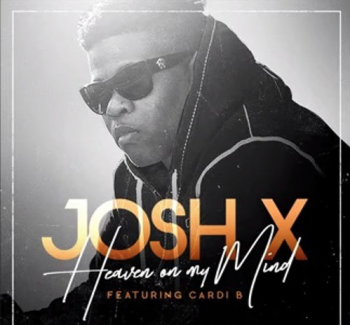 Josh X has been considered a very underrated veteran. The long time singer/producer has been maintaining hit-making and star power ever since his breakout single featuring Jadakiss “All For Love”. From collaborations with many artists, and even a songwriting credit to writing Jussie Smollett’s Empire character Jamal Lyon’s single “Ready To Go”, Josh is primed for super stardom.

But since joining the powerhouse music group, KSR, the singer has made it well known he’s here to stay. So with his long awaited debut album Black Excellence on the way, the multi-talented artist enlists the urban-pop superstar Cardi B for his Billboard trending 1st single (Currently sitting at #44) off the project, “Heaven On My Mind”. Check it out below and purchase on iTunes today.


Once you’ve heard the single, check out the full length video below and keep it here as we will announce details of his upcoming tour of Haiti!