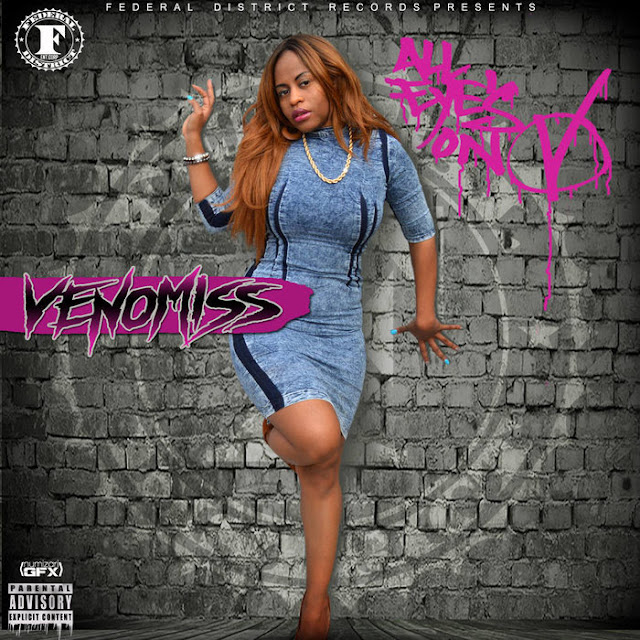 Former Voiceless Music Radio guest Venomiss has been on a roll with her promo and music since we last heard from her. But with the release of All Eyes On V, the now the 'First Lady' of the bubbling Federal District indie label has dropped a tape that will guarantee to put her on radar on the top of the indie food chain.

Some of the breakout songs include former The Pulse Of New York guest Nymrod on "Maximum Pressure" and the laid back "Time To Ride". But it's the storytelling vibe on "Visions" that not only show her growth but gives a prominent reason why her project has it's name.

Check out All Eyes On V below and downlaod it today.