WVMR is built on the aspect of one ideology: family, something rare in the radio or even the entertainment world. So when former guests love the concept, idea and 'family feel' of the Radio Home for the Independent, we of course, have to open our doors to a new member... 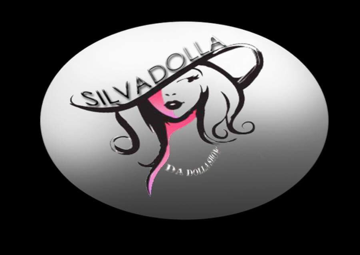 And Sundays will never be the same...
Starting this Sunday, former Runner Up Radio guest Silva Dolla has agreed to come to WVMR! With it's 2nd Sunday show from 2pm to 4pm airing every Sunday with Da Dolla Show! Inspired by her already viral personality streaming from Instagram and Youtube, Dolla, alongside anorther former Runner Up Radio guest Main Effect, it seems Sunday's is becoming the day to tune in!

Alongside, Tea Time w/ Nessy, Da Dolla Show joins a talented cast of shows that WVMR already has to offer! And she already has her first guest! 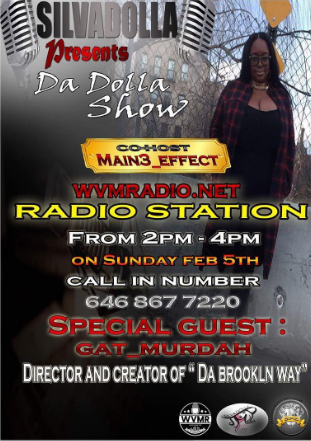 You can tune into a new Friday Nights show, weekly Sundays starting in February 2nd at 2pm with 'Da Brooklyn Way' web-series creator Gat Murdah ONLY ON WVMRadio.net, the Radio Home for the Independent!
WVMR