WVMR has brought in some very impressive and experienced radio personalities to the Radio Home for the Independent. Now, we bring in another accomplished veteran on the mic! 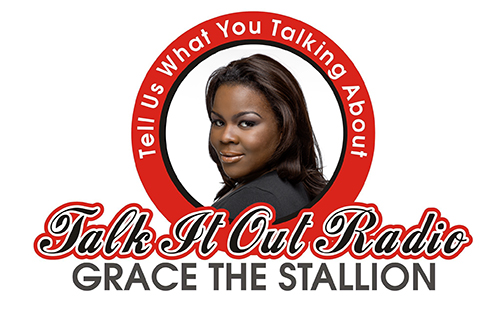 Grace The Stallion has been well known throughout the independent scene for quite a while. Since creating Talk It Out Radio, she's interviewed everyone from Grammy-winning producers to platinum-recoridng artists. And starting next month, the model, actress and radio personality brings her show to WVMR!

Starting in July, the new show, Talk It Our Radio comes to WVMR!

Alongside the other Saturday shows Welcome To Write's World Radio and Rude On The Radio, Talk It Out Radio joins a talented cast of shows that WVMR already has to offer!

You can tune into the new Saturday show starting on July 8th at 5pm ONLY ON WVMRadio.net, the Radio Home for the Independent!
WVMR