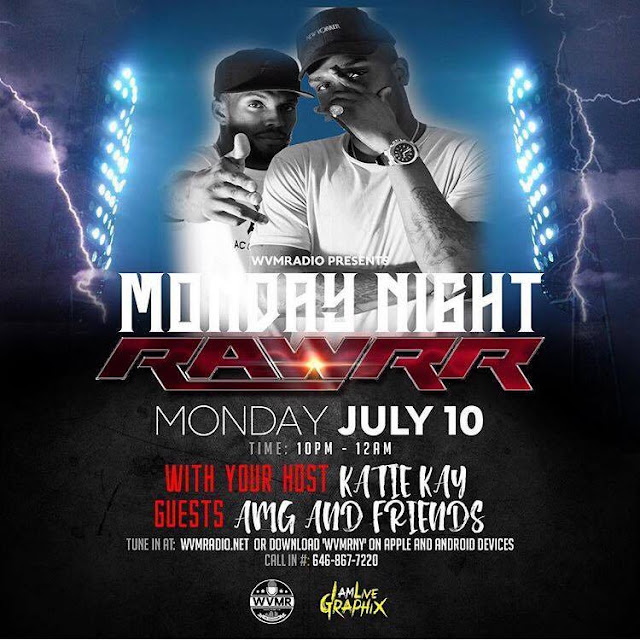 Tonight, the AMG crew once again graces the studio of WVMR for an edition of Monday Night RAWRR.

But before they touch down live on air, we release the visual to Voiceless Music Award nominees Ju$$-B & Euro's light work. Fans of the legendary Jay-Z, the Brooklyn MCs takes one of the classics of freestyle fame and turn it into a lyrical playground just a week removed from the ending of the #IndieVMAs17 voting.

Check out the video to their "You Me Him Her" freestyle below and hear some exclusives from both Ju$$ and Euro tonight at 10pm on WVMRadio.net!