Good Co-Hosts Are Hard To Find

Posted by Blackout The Rebel on September 08, 2017 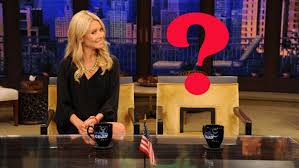 I've been a radio personality for little over a year now and in this past year I have seen a lot of shit behind the scenes that viewers, artists or listeners never catch. Behind the scenes there's a multitude of different reasons why matters involving co-hosts might get problematic which I will discuss and break down now.

1. Egos: Probably the root of everything in most cases is someone feeling themselves and thinking they are better or hotter than the show they're on itself. When this happens you now will see a clash between that person and the other co-host(s). This is never good for business and it usually ends with that person getting kicked off the show or with them humbling them self. Sometimes you get the person who runs the show who's actually the egomaniac. Situations like this you can see that person constantly looking for different co-hosts because nobody can tolerate their shit or you have cases where the show will go on hiatus for a bit to readjust.

2. Money: Another red button issue is funds. Whether the show is generating income or they're simply just paying their monthly fee to the station money can always become the reason why the vibe between co-hosts is off. When the money is coming in everybody wants in obviously but it comes down how much time did they put into promoting or selling whatever product or service in question. When paying for the station this can easily go south due to the fact that some people for whatever reason aren't able to come up with their share of the rent which makes the other co-host(s) have to make up the difference. Its only but so much of this that people can take so this causes a rift between the personalities.

3. Time: Time is our most precious and important asset so when you have co-host(s) that don't have time or even worse they waste time it can make the whole show a disaster. Showing up late without good reason or missing episodes altogether is solid grounds for them being cut from the show.

4. Effort: As a radio personality part of your job is a bit of journalism. Being able to effectively interview guests and get the best out of them as humanly possible. On top of that your job should be to get the word out about your show as much as possible. Sure you might have someone in place to help get you gain a bigger social following but every co-host should be pulling their weight to make sure they are telling everyone they know about the show and networking with new people to gain a bigger audience. If you have co-hosts sitting on their asses and not pushing the brand or not taking the time to even research their guest then what the fuck is the point of them even being there for?

5. Habitual Line Steppers: This last one has tripped so many people up throughout the course of time. Having an attraction to someone is natural, It's apart of being a human being but when you start mixing business with pleasure it can be very messy and hazardous to the show. A simple couples dispute can now become the reason why the next episode may be a shitty one. Being the territorial and jealous type can also become a problem especially if you have a guest there who's now in the cross-hairs. I'm not saying don't do it but just proceed with caution.

I hope this sheds more light on the behind the scenes of what happens in radio... now back to your regularly scheduled program about ratchet women fighting over promiscuous men that's already in progress.