To Barter Or Not To Barter... That Is The Question 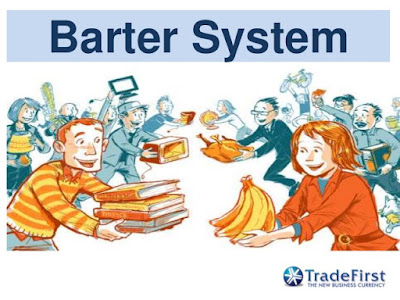 When you look up "Barter" in the dictionary it says it is a system of exchange where goods or services are directly exchanged for other goods or services without using a medium of exchange, such as money. It is distinguishable from gift economies in many ways; one of them is that the reciprocal exchange is immediate and not delayed in time.

What does that mean in the entertainment industry though? Some would say it means the same thing but to those who are apart of this "indiestry" we know otherwise. Now in the industry its somewhat common to exchange services between parties/companies but unfortunately there's some people who feel some sort of way about it.

Who is usually doing the bartering you ask? Well it could vary but here's a few examples where its both likely and factual. An artist will do a feature for someone's song/album as long as that artist does a feature for their project. There's more intricate situations than those like for example a website designer might make customizations to your website in exchange for you offering write ups and exclusives on the website once its live. Radio shows barter their interview slots and music spins with promotion or graphic needs. Artist will shout out and promote their videographer/photographer in exchange for a free video shot or photo shoot.

The list is endless as to how bartering can be done as you can see. Don't ask me why there's backlash for something as sensible as this. The reason I'm considering is jealousy. A lot of times people who know they don't have much to barter or don't know how to actually leverage their services feel a way about those who do. Another reason is because some people just don't want to barter, they rather receive cash instead. I can get because money makes the world go around unfortunately but if one were to look at the bigger picture nine times out of ten you would have used the cash to then pay for whatever services you're gonna need in the long run. All you simply did was speed up the process by getting the service done as opposed to receiving cash and then paying for the service.

Big business is all about bartering and negotiating terms so if this is not something you can do or support then you might possibly be in the wrong business. Either that or your business/brand might suffer or take a while to get off the ground. All I'm trying to say here is that bartering is very advantageous but if that's not your thing please do not criticize those who do find value in it.