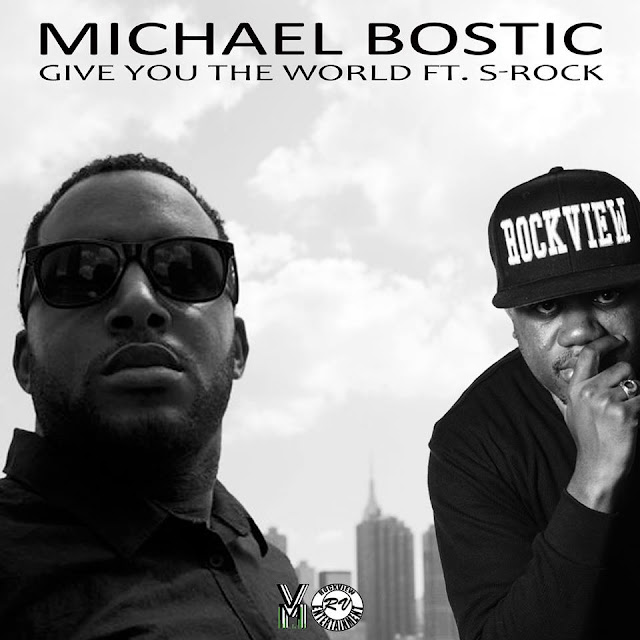 -- New York, New York (January 1, 2018)
Between breaking out as Mike Classic to slowing down as Michael Bostic Jr., the southern crooner from the Empire State has maintained his consistency throughout 2017.

From a interview on The Pulse Of New York, to a breakout feature with Blackout The Rebel, the unsigned classic man agreed to a management deal with DJ Mainstream and his imprint Voiceless Music Entertainment late last summer to prepare for his new releases. Starting in the Fall 2017, VME released "Marry Me" which gained some fanfare amongst R&B purest. But today, Bostic takes his sound to the next level.

Acquiring the services of S-ROCK, VME releases the cover art to his next single "Give You The World". A 2016 Voiceless Music Awards winner, S-ROCK has already prepared for a big 2018 after dropping the promo singles "Real Ones" and "More Than Your Best Friend" and continues to his early domination jumping on Bostic's next hit.

"Give You The World" is scheduled to be VME's first release for 2018 for a January 12th, 2018 via WVMR NY radio station's show The Daily Talk and January 13th, 2018 via Soundcloud.
Michael Bostic S-Rock Voiceless Music Entertainment