It's All About The Stream Services


SoundCloud is generally the first stop for artists. It's the easiest way to get their music out, not to mention its free for everyone to use. There is no necessary monthly subscription or purchase needed in order for listeners. The one problem artists have been running into is that many fans don't faithfully use SoundCloud to listen to music. Honestly, the whole application is kind of confusing to use and not every mainstream artists post their music on the application, so whats the point?

Recently more and more artists have been making the change from SoundCloud to the easier, and  more popular Apple Music. The audience of Apple Music is huge, with over 800 million monthly subscribers, it's easily the biggest platform for independent artists around the world. Voiceless Music featured artists such as Rich Vocals, Razzle, Wan Blvd, and Yung Fly have already made the transition from Soundcloud to Apple Music. 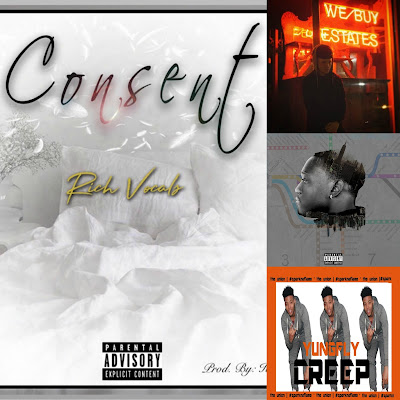 "Its about time independent artist start getting paid off there streams rather than raking em up on sound cloud for free.. so thats what i chose to do post it on apple music , tidal and other paying streaming platforms to generate revenue" said Bronx Rapper, Yung Fly.

Utica rapper, Wan Blvd has recently made the move and released three brand new songs on all streaming services. Gotta Go, Sunday Morning, and City Love were all released just over a week ago on streaming services and have already blown up. Since the release, articles about Wan Blvd have been published in multiple online magazines including Fresh Hype.

"It's amazing to get this exposure so early, but I really think it's the ability to look professional as an independent artist on streaming services that many of the most viewed artists are found on. When people come across my Spotify, Apple Music, Tidal, etc it looks clean. It looks like I could be related from the eye test to all the biggest artists. What also plays a big factor is that as an independent artist we don't have the ability to tell the consumer where to go to hear us, but if we bring it to them it'll be easier for them to press the play button. After that once your sound is good it all takes care of itself."  Wan Blvd said.