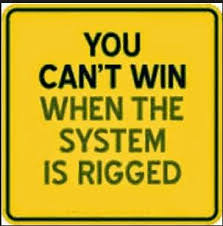 Are showcases, open mics & talent shows really rigged? This is a question that has been asked since the very first of these events. Even though it would take too much work and digging to see if every single talent show, showcase and open mic throughout the country is 100% fair and just we can easily admit that there is a big enough amount that makes us raise this question in the first place. The question is why though? Why would a talent show or showcase go through all of that trouble? What does one gain from that? Well for starters and probably the easiest of reasons is money of course. If done properly there can be a lot of money to be gained from events. Charging the artist to perform, offering vendors tables to sell their merch, tickets etc there's great ways for money to be made so if one wanted to they could orchestrate an event just with those intentions in mind and end up giving the prizes to someone that they know personally. Or let's say that there actually isn't really any prizes or money to be made or given away wouldn't it make sense to have someone you know win and that's in on the hustle with you?

Another reason is the infamous barter system meaning that the person wining owes the people running the event later on for whatever reason. Maybe a free feature or free beat etc. the possibilities are only limited to the people they can network with and find use for. Now in my travels here in this "Indiestry" I have yet to find such tactics used to this level but I do get suspicious when certain people throw events or when certain people win certain events. Maybe its fair and square or maybe theirs an underlining angle that we as the masses aren't privy to. In any case if you are an artist reading this I highly suggest that you keep an eye out for your competition and also who's throwing these events. If you keep seeing the same people winning the same events then chances are there's probably something going on behind closed doors. In any case I hope this gives you a little to think about when throwing events or competing because the last thing you wanna do is have your event get branded as fixed/rigged or compete in a competition that engages in things of that nature. 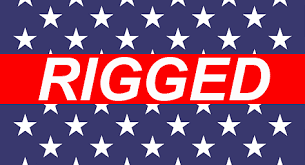