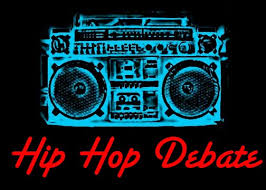 As we finally come to a close with this very lengthy post we have "Debate". This one is very quick and simple to discuss. What do I mean when I say "Debate"? Well one of the reasons I feel certain things are so entertaining and fun is because of the debate and discussion around them.

The debate portion is what to me separated Hip-Hop from any other genre. If I ask you this one question you will instantly see what I mean. Are you ready? Okay... Who is your top 5 favorite rappers of all time? Now you get what I mean. There's never a right or wrong answer but people will defend their list like its a fact and if you have a vastly different list then theirs you will have to have some sort of logical reasoning as to why your opinion is the way it is. That's just one of the red button questions in Hip-Hop that makes it so interesting to talk about.

Whether you're judging based on song content, lyricism, influence, longevity, hits etc you have your reason why you love certain people and hate others. Now this brings us to Mumble Rap because I feel like this is a missing ingredient to this sub-genre. These new rappers who are on top in their demographic and field do not entertain the thought of this industry being as competitive as it used to be in the 80's, 90's and 00's. A lot of them refer to themselves as rock stars to distance themselves away from "traditional" or "regular" Hip-Hop artist. In so doing this it takes away that important part of what makes Hip-Hop so powerful and interesting. Their music and overall characteristics doesn't scream "I want to be the best and I'm here to prove it" like the artist that came before them. Instead it more so sounds like "I wanna party and make money" which is fine. Its not like partying and making money is a foreign concept to Hip-Hop but the attitude of not striving to give quality content that makes your competition rethink they're career choice is why certain circles will never include such artist into their conversations of some of the best to ever do it.

Some of you might be reading this might be saying to yourself "what's the big deal"? Well the big deal is from 2014 till now we have seen a very big shift in Hop-Hop music. Everyone wants to be a trapper or mumble rapper because its whats in right now and also what's easy to do. The ability to uplift yourself out of harsh conditions in the hood by simply making a catchy song about partying, popping pills and fuckin bitches is a godsend and I get that. My only thought here is that 10 years from now the debate portion of Hip-Hop will be nonexistent. A vast majority of new rappers have adopted this lackadaisical approach to their craft not to mention a lot of their fans in most cases don't try to listen to the artist that came before them because its a different style that doesn't make them turn up the way they normally do so they don't see nor probably care about who's the best to ever do it. They're more so concerned with is this track/album turnt or not.

You might say that I'm hating and being too hard on these artist but let me leave you with this question. 10 years from now will we be having hard and in depth discussions about who's the illest or the best between Lil Uzi Vert, Young Thug, Lil Yachty, Lil Pump etc? Think about it and get back to me in the comments section. 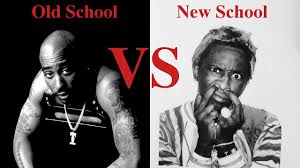