#WVMR Update: This Is What Happens When Two Smart Black Women Bring A Show To The Airwaves!


But when it comes to The Radio Home of The Independent, there's always been an family aspect to the station. So when a former guest makes the call and is interested in bringing a show to the station, its only right.

With the idea of bringing two very strong willed, positive minded women coming to dominate radio, it only made sense they came here.

And now we can officially say.. THIS IS A LEVEL UP (Ciara voice) as MTV's Wild'n Out & MTV's TRL hype woman Davida D and stylist for MTV's Wild'n Out and more Style Me Bee is coming to our station! 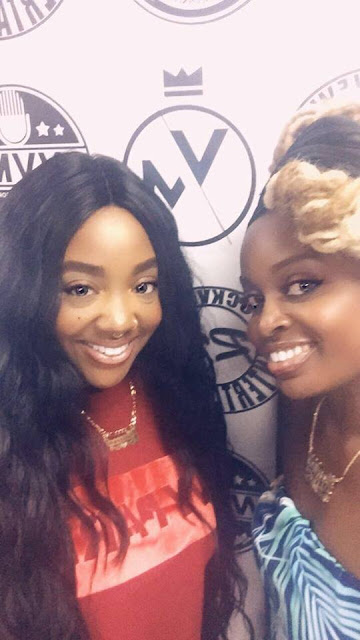 Talk n' Tea w/ Davida D & Style Me Bee comes to WVMR in August filling out an already action filled Thursdays with Whaddup Tho Radio and The Underground Collection!

You can tune into the new Thursday show starting next week on August 9th at 6:30pm!

ONLY ON WVMRNewYork.com, the Radio Home for the Independent!
WVMR