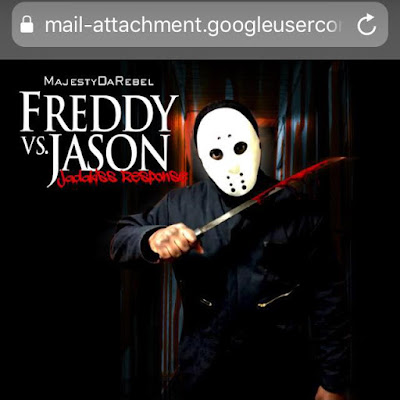 If you haven't been on Facebook or Instagram over the past few months, then you've missed Jason back!

No... seriously, Majesty da Rebel has brought Jason back as one of the most unique forms of promotion we've seen in a long time. But with some promotion comes a cost, and displaying that in the beginning of his video, the viral MC puts Halloween on front street as he drops his latest release.

It's "Freddy vs. Jason" freestyle. Check it out below.