Posted by DJ Mainstream on October 12, 2018
We here at Voiceless Music always like to keep our fingers on the pulse of independent and underground artists music especially when they go through the trouble of a press release.

A press release is when an artist has a major single, album/EP or release event and sends it out to media, albeit it radio personalities, industry tastemakers, and more to inform them of whats to come, and making themselves available for interviews as well.

For the first time, Voiceless Music presents Voiceless Press, where we bring YOU the press release of an artist new release. Today, it's Antonio Ramsey! 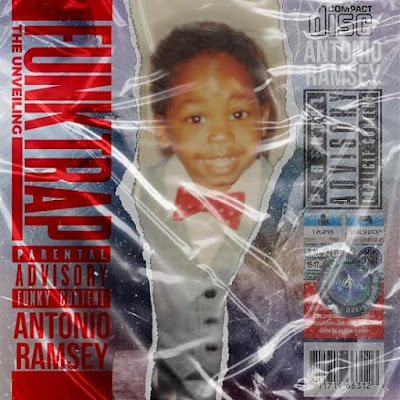 (New York, NY - September 20th, 2018) - R&B crooner, Antonio Ramsey proudly announces the release of his highly anticipated EP, "Funktrap: The Unveiling".  The six-song funk-trap-vibe-filled body of work will be released globally on October 11th, via all steaming outlets. Earlier this summer, Antonio released the in-your-face single, "Trash" to rave reviews.  Prior to that, he introduced the smash and well received song, "Rituals".

“FunkTrap: “The Unveiling” is the product of determination, Faith and not giving AF! I wanted to create something that felt authentic to me that other people in the world could relate and rock to,” says Antonio.  “Whether it’s the guy that caught his girl banging on his Gucci throw, or the girl who wants to know what the hell happens to y’all Rituals. There’s something for everybody and I’m glad to finally be sharing FunkTrap with the world!” he adds.