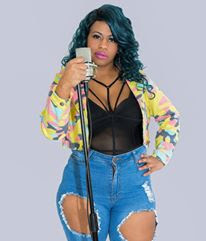 Traveled from hell and back in this music game, the female MC and former Voiceless Music Awards nominee Venomiss is reclaiming her well earned spot in the game as we close 2018.

And with her 'vision' clear to dominate the game the same way she once did, the pink haired venom-spitter goes back to the bars with today's visual.