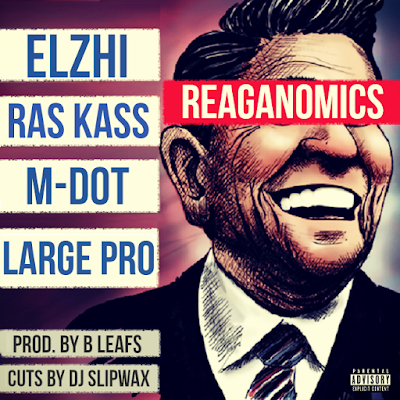 Studies show, to this day, the most respected MCs can hold your attention when their speaking on the matters of our world. So when it comes to Reaganomics, the over the top but memorable form of politics the former Hollywood actor put in places to reduce taxes, the concept thoroughly effects many who were raised in the 80s under the President's rule.

With that in mind, B-Leafs drops this gem from his upcoming release, The Horizon, which he produced and enlists Rap legends Elzhi, Ras Kass, M-Dot, and Large Professor for this storytelling wonder.

Check out "Reaganomics" below. The Horizon drops January 29th!