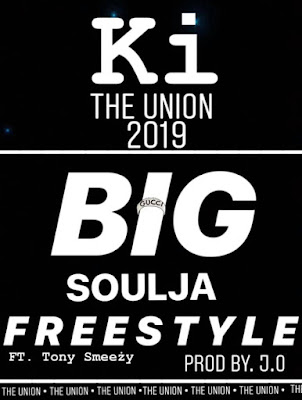 It wasn't too long ago Yung Fly, now known as Ki-On, was nothing but a fire starter on social media. But when you claim your the real king of the rap scene, you have to expect some heat come your way.

So with Draco still trending in media, Ki-On decides to drop a freestyle to remind those, in his hood he's Big Soulja.

Reminiscent of the classic 90s freestyles off Clue mixtapes, Ki-On gets Tony Smeezy to talk his shit on today's feature, "Big Soulja Freestyle" below.