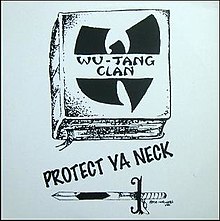 A quote from the legendary group Wu-Tang Clan "Protect Ya Neck" is something one should always make sure that they're doing. In laments terms it simply means be careful and keep yourself safe. Sounds simple enough right? That's because it is but sometimes artist are somewhat forced to put themselves in danger on purpose. Why would one do that you ask? Well let's discuss this and find out.
As Gangsta Rap music became more and more popular the image that carried along with it wasn't the safest one to have. For those who gave the perception that they were gangsta found themselves having to prove it and it didn't always turn out well for them. For some people the gangsta persona and image that they display in their artistry is 100% congruent to their lifestyle when off of the mic and not in front of the cameras. For those artist, Defending their reputation and image isn't hard to do although the outcome can still turn out to be fatal. What about the artist that don't "live that life"?
For the artist that promote a gangsta lifestyle and that's not exactly who they are  need to not put themselves in harm's way which is where the title for this blog hits on. "Protect Ya Neck"! If you know you are not about that life do not put yourself in areas and environments with people who are. Sharks can always smell blood in the water so you being there paints an unnecessary target on your chest. 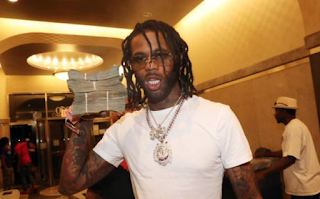 I don't mean to sound insensitive and make it seem like it's the victims fault because unfortunately that could happen to any one of us however if one doesn't place themselves in those type of environments to begin with it's hard to believe that the incident would have happened. See this is different from a situation like someone being sexually assaulted or raped while out trying to enjoy themselves because we shouldn't feel afraid to party and enjoy ourselves if that's what we choose to do. In the rap world a lot of times an artist is out trying to keep their name out in the streets and trying to uphold a certain image. A lot of times it doesn't have anything to do with them actually wanting to go out for the sake of enjoyment. It now becomes a task and quite frankly it's an unnecessary and dangerous one.

Purposely putting yourself in harm's way to prove that you can handle yourself is the most idiotic thing one can do because even if you can handle yourself you put a lot of innocent people at risk including your own friends and family. How many stories have we heard about innocent bi-standards were hurt, injured, or killed due to a discrepancy between two artist or someone's entourage? It happens way too often and a lot of the times it's because of this ridiculous level of pressure that artist put upon themselves in order to appeal to their fan base.

God forbid the world finds out that a person isn't gangsta, their life as they know it is over. That then begs the question why even put that music out there in the first place but that's a different story entirely. For now let's focus on the here and now. You're a gangsta rapper and you're not actually gangsta so what are the do's and don'ts to protecting your neck?

For starters you could limit the time you spend at the clubs or not go altogether. Sad part is I see artist get into beef and squabbles at clubs that they weren't even offered payment to be in. If you're not at a level where they can pay you for a walk through then just keep grinding till that's the case because if something should happen at least it will be somewhat worth it. Also do not continue to go to the same spots all the time. The last thing you wanna do is be perceived as predictable because it's easy to get the drop on someone who is known to go to "P2" every Thursday. (If you don't know P2 stands for Perlieu which is a gentleman's club located in Queens. The number 2 comes from the fact that it's the owners second establishment. The first one being Perfections which was also a gentleman's club located in Queens). Monitor your team's movements. There's a lot of cases where it's not the artist themselves causing the commotion its his/her entourage. If you know you have hot headed friends then keep them closer to you then you would your more mellow and chilled friends because you can take your eyes off of them for a second and you can see them hopping over a balcony ready to fight someone. Don't believe me? Ask Jay-Z about that time he was in a club with Beanie Seigel and had to get him after he hopped over a balcony ready to fight a group of people.

Another thing one can do to bring less attention and problems to themselves is to take some notes out of Frank Lucas' handbook. For those of you who don't know,  Frank Lucas was a drug kingpin out of Harlem who rose to power and took over during the 1960's and 1970's by cutting out the middleman and purchasing his drugs directly from the golden triangle which was a place overseas that he funneled drugs out of using US war veterans coffins. His style was unlike anyone had ever seen at the time because him and his organization all operated below the radar because they weren't flashy and ostentatious with their spoils meaning they were never stunting on niggas. I understand one may be happy and want to celebrate their achievements but one must also accept and realize that when you do this it paints a target on you for people who don't have as much and want to take it away from you.

When the club is closing and it's time to go then GO! Most fights and altercations happen in the parking lot or front of the venue because people just feel the need to stick around longer than need be. Whether it's to finish kicking game to the shorty you saw in the club or you're politicking about what's the next wave for the night in any case all of that needs to be discussed and settled before the party let's out so that it's a direct move from the club to the car or train/bus stop.

Artists... Stop turning the studio into a party! You're their to work on music and that is it. The people who are all in attendance need to be contributing to the project whether that be voice work, help with writing and constructing ideas, features etc. There is no need to have your friends with you while you're working because that environment can quickly get out of hand. Too much traffic can allow anyone to come in and for anything to happen.

Hopefully this blog will keep someone safe because the violence and altercations that take place all due to people trying to fit a certain stereotype is daunting.