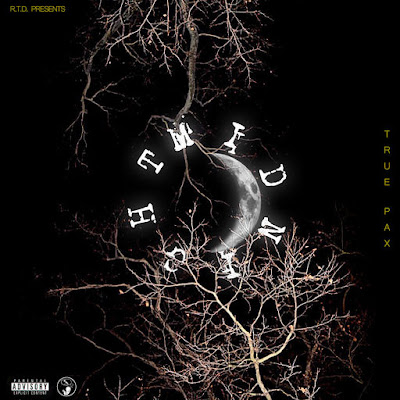 I may not be the one who brought him to the forefront, (his immense talent did that) but I do take credit for why True Pax is in your mouth and on your mind with music. The "Amazing Savings" MC took our interview, then took over music which earned him a People's Choice Award nomination.

But it hasn't stopped, which brings us to today... his EP, Midnight.

Pax has always boasted that he is different from the norm, focusing more on lyrical ability than focusing on mainstream flows.

This is evident on the Fab-like track "Radio", which samples his well received interview on WVMR's former show Left Lane Radio which boasts some very clever punchlines while delivering on much needed lyricism in the game today.

But even with that, the mainstream sound hasn't strayed away from the Brooklyn rapper from being able to do it. "Silence", a trap-sound, conscious-heavy track that gives you a sound of a bonafied single but dares you to look at the crime of the young adults of the city (and in most cases, the world).

Including some quoatables from "Disregard Us", this 6 track opus may be a kick start to an impressive career heading into 2019 for True Pax. As always, you can read my review and purchase (which we suggest) Midnight now, or not, but from this alone, we expect Pax to be nominated for much more awards next year.

Takeover, RTD, the breaks over.