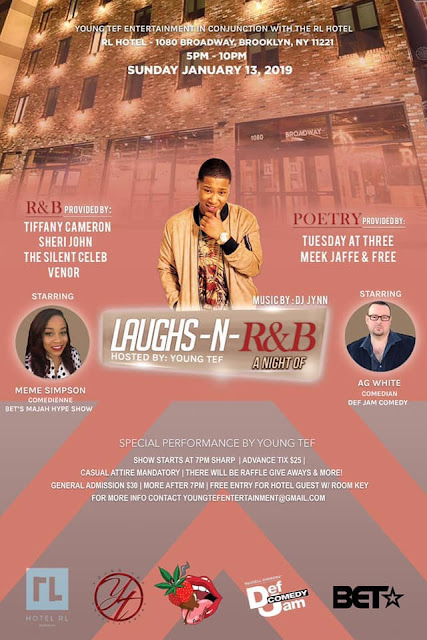 Young Tef made it her goal that she will be more than just a rapper, but an entertainer, host, promoter and all around impactful personality from the underground to beyond.

But the "Hennythings" rapper, outside of that visual dropping, was relatively quiet throughout 2018 until the epic A Night of Laughs-N-R&B event that went down Sunday, January 13th.

It was funny comedy.
It was great music.
It was Tef with a mic!

With Cinema Contrast NYC on the camera, check out the highlights from the impressive night!