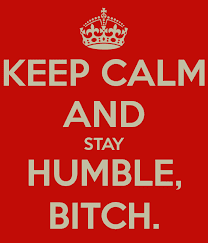 Artists have a tendency to get lost in a reality that is far from what actually is. This mentality takes shape in different ways but the way I would like to discuss is the idea that an artist has more than what they actually do. I'm not referring to worldly possessions although I will cover that at another time but what I am referring to is fans.

Without fans an artist is performing and recording music for themselves. Its the fans that can drive an artist to dig deeper, go harder and become more creative with their work. Sometimes though, Artist have an illusion that they have way more fans then they actually do. Some artist quite frankly do not have any fans at all.

When you look up the definition of a fan you will see that it means "a person who has a strong interest in or admiration for a particular person or thing". Now that we have the definition lets really break down what that having a lot of fans looks like. If one were to have a lot of fans then that would mean that their music is being streamed and downloaded on various different services constantly. It also means that their is a huge number of views for their videos, interviews and live feeds. Their social accounts have real life followers/friends and comments meaning none of that robot shit. Lets not get into the fact that some of these artist purchase followers which is another story.

Now that we have not only the definition of what a fan is but also what having a lot of fans looks like as far as social media, music streaming/downloading and views go we can now talk about how disillusioned some artist can be. Take for instance the emerging artist who pays way too much attention to other peoples lanes instead of their own. For them they want to do as much or the same as the next artist regardless of where they are at in their career. Someone who just came onto the scene in the last 6 months in most cases would not have the same fan base as someone who's been out for 6 years so trying to keep up with that person makes no sense.

I've seen and heard artist rushing to put out work because they want to make sure their fans don't lose interest in them. Not to sound insensitive but... what fans? Doing shows with people in the venue and people following you doesn't automatically mean or guarantee that they are fans of your work. I too have fallen victim to this. Looking back at my bodies of musical work I can honestly say that I should have waited and took more time with my projects so this is not a blog done in a condescending tone. If one is really serious about their craft then strategy and tact has to be implemented into your approach to releasing new content.

It may seem like flooding timelines is a great idea which done properly it can be but only if done properly. If you know your project is set for an August release then I would say around February or so you promote your old songs/videos or projects. Reason being is because you want to build up anticipation for when the project drops. Now what if you aren't proud of your previous work like how I stated in the last paragraph? Well in that case you are starting fresh so it would be good to have promo songs and video snippets of new material that isn't directly related to your new project. I say that because you don't want to release too much work from one project especially if its too far away from the release. If you are however proud of the work you did then I say promote it as much as you can because its old to you... not to everyone else.