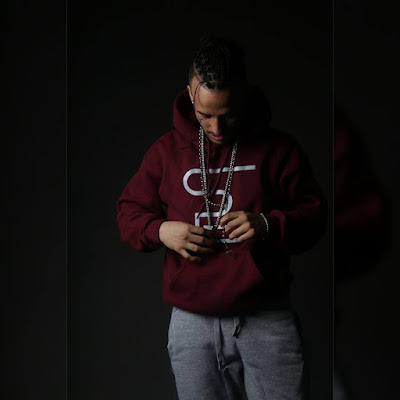 In a world full of fillers and fakes, it seems content is no longer king and drugs and money once again rule the music scene. And yet, that has never been the vibe Oz has set. A 'great' in his own right, the So Phenomenal artist seemingly ready to set a new standard.

He plants his flag with his EP, The Gathering.

The former Voiceless Music Award winner has always tune to the beat of his own drum releasing less filler like his rap counterparts and more thought-provoking in nature music. That's what this EP gives.

Like speaking in the universe in this open letter called "Dear Destiny" which shows his mindset is above and beyond the norm from what you hear from your average MC, something that highly impressed me.

Same goes with "Just A Man"... cause let's be honest, this lyrically-sound track didn't need fancy production, bells and whistles, or none of that autotune shit some of you abuse. As the most gratifying track on the project, I could've gotten this song MTV Unplugged style with some snaps behind it and be satisfied.

Throw in the big finish title track "The Gathering", and Oz completes a well put together story of an artist with a new outlook in the game... a needed fresh take from the typical. Okay Oz, I see you.

Be phenomenal, because Oz cannot be forgotten