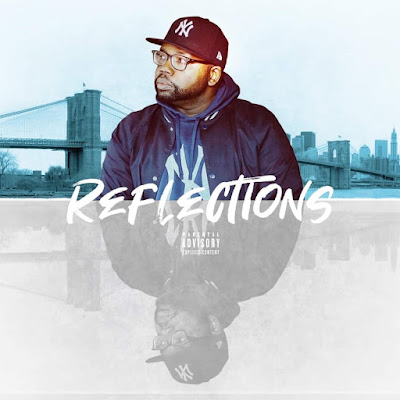 We’ve made it known, or should I say they have, that Every Dollar Counts is here to say. Either albeit through their photoshoot (we promise, a full review is coming soon), or their consistency through freestyles and tracks released, their crew is on one. But right now, its’ Notes82 whose making headway as a bonafide breakout from the pack. He looks to continue the talk with Reflections.

If you aren’t into lyricism, light jabs towards the industry, and personal triumph, don’t read this review and do not bother to listen to the album. However, if you are, yes, then this project is for you. This is the feeling you should get the moment you hear the bass-pounding personal anthem  “Running Back” which displays Notes ability to not present himself to a commercial market but also still maintain his no-mumble declaration.

The same goes for one of our favourite break out tracks in “Suicide” and “All My Life” which are, displaying Notes knowledge of the industry, surefire singles. But for us, the surprising impressive “ Bad vs. Evil” that opened my eyes. You have your current mainstream elements in the beat that sounds like something Uzi could, or even XXXtentacion could have, pour their own hearts into combined with the Brooklyn native’s reflective Royce Da 5’9 tone that easily make this the sleeper of the album.

It’s simple, Notes, you got your singles and potential hits, now bring us the visuals and complete this footprint you’ve made in music. And if you don’t believe he’s made at least an indentation in an already oversaturated, trappy INDIEstry, then obviously you don’t know music.

Now go ‘head and put THAT in your blogs.