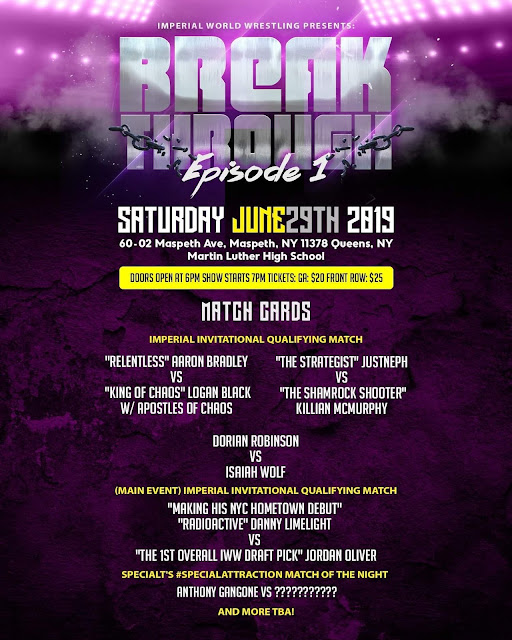 IWW officially signs former Impact and NXT star Bram (Thomas Latimer) to one-off at IWW's first ever event Breakthrough!
Check out the press release sent into us from IWW offices: 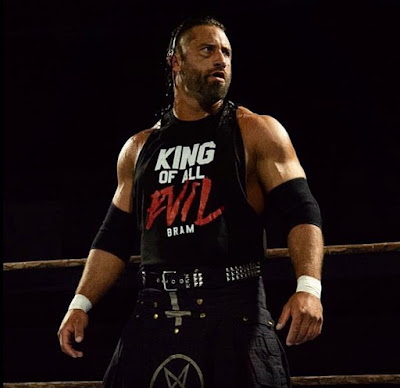 — BRAM revealed to make #IWW debut at BREAKTHROUGH —
Queens, NY (June 1, 2019) – In a night set with multiple first time ever faceoffs, with intense showdowns and incredible clashes, Imperial World Wrestling shocked the independent wrestling circuit even further after revealing H.O.G's Anthony Gangone would be wrestling in #SpecialT's Special Attraction Match of the Night. A concept thought up by #IWW owner and former hip hop artist SpecialT meant to showcase marquee match up's separate from the company's roster and storylines. Over the Memorial Day weekend, it was announced that #IWW and Thomas Latimer agreed to a deal that send's the former Ascension member to square off against Gangone in another first time match up.
IMPERIAL WORLD WRESTLING: #IWW is a brand new independently owned professional wrestling promotion headlined by a diverse roster, featuring indie wrestlers from all different regions and parts of the country. Roster members representing states like Texas, Louisiana, Pennsylvania, Michigan, California, the surrounding New England states and of course New York where the promotion is based out of. This will result in wrestlers that normally wouldn't have opportunities to clash in the ring due to geographical nature getting fresh new matchups, and this was all by design according to #IWW management.
The company held a press conference in their home borough of Queens on April 27th to much acclaim. The event had a media Q&A followed by a live-draft, sending 5 deserving applicants to the main roster. The Q&A consisted of wrestling media in the NYC area asking an #IWW panel which consisted of members of the #IWW team including owner Tom Frazier (FKA SpecialT) and his partner who hosted the event Imanii Labels. Frazier was quoted saying that he was "very happy with the turnout of the press conference" and that the event "exceeded all expectations and should provide momentum as they build towards show one."
#IWW has partnered with Green Eyed Monster Productions and will be broadcasting on GEM Productions ROKU network. In addition to ROKU, the company will also be featured on FITE TV and Imanii Labels Network (ILN). So finding #IWW content will not be hard as they aim to remain very accessible.  The inaugural event for Imperial World Wrestling is BREAKTHROUGH: Episode One on June 29th in Queens NY. The event will feature the first-ever installment of the "Imperial Invitational" consisting of four qualifying matches to set up for Episode 2. For more info, check out @iww_wrestling (Twitter), @imperialworldwrestling (Instagram), /ImperialWorldWrestling (FB), Imperial World Wrestling (YouTube), and additionally, imperialwrestling.com for up to date info on the company as they approach a historic first event.
Imperial World Wrestling