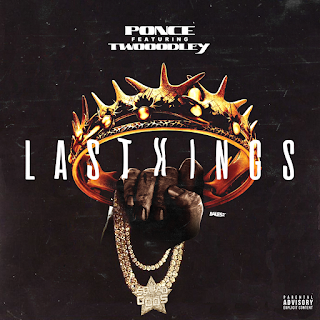 Not saying we had anything to do with that, but, fast forward and the young lion is on several radars. Cotntinuing that growing momentum, Ponce brings us this Tago-produced bop that we're sure to hit major radio airwaves. (Cause it's definitely hitting VM New York soon).

And this time going from hardwood to octagon, the talented artist links up with unexpectedly talented on the mic, UFC fighter Tyron Woodley, for today's feature: "Last Kings".