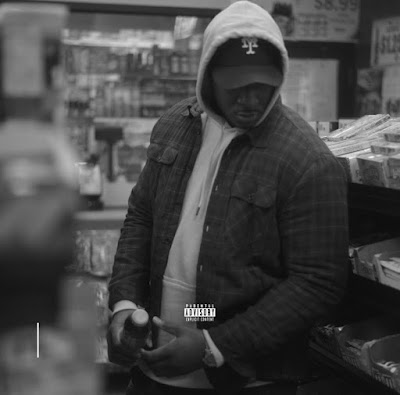 We are in an era where music now compact and criticized in increments, it’s good to see artists follow the standard AND still delivery. Most of us as fans are stuck a bubble of mumble and drug-infused but forget quickly were the Rap/Hip-Hop genre has come from storytelling, continuity and concept. Today, Voiceless Music veteran A1, not only delivers on all three but brings us all original songs to show why he may be the fastest rising star on the independent music scene.

With Store Run it’s simple: Hip-Hop has a home and it’s about what you cop from the bodega at 10:55am, early enough before shit goes down in the street but late enough to dap up ya niggas before you get dressed for the day after some 2K. That’s Store Run in a nutshell.

A1 walks in to say what up to the ocks are stars off raw with “Coffee”, 150 seconds of straight unwritten off the top on caffeine and sugar. Helluva way to start. It actually took me back cause I forget, through the remixes, how lyrical A1 really is.

But of course, the coffee is, for now, the “Arizona Tea” is for later but forget later. This is classic as the drink itself in its presentation and delivery. It’s the welcomed cockiness of the Brooklyn MC even with some bold lines, this was that powder blue caddy music driving down Flatbush Avenue in the summer.

We close out to cop some “Fronto” for the exotic in the crib maintain the classic vibe we’ve gotten already, ending with that “Egg & Cheese” which delivers on the hood story of reminiscing of times (and people) that are no longer here.

Right now, this was my favourite project of the year. I mean you may not agree with me but for someone who followed A1’s career for almost 2 years now, this is that work he needed to delivery on to shut you fuck boys up from thinking he’s just a freestyle rapper.

He delivered. Listen below for proof. Your fucking welcome.