A Written Testimony... On What Not To Do 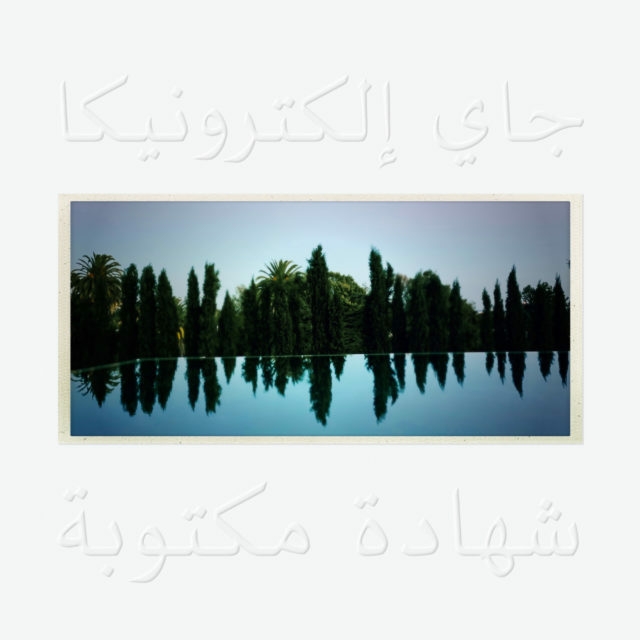 When I first heard about Jay Electronica finally dropping his album I was surprised and shocked to say the least but couple that with the fact that Jay-Z is on a good portion of the songs I was really excited. Although I never thought their styles meshed, Hearing them together still peaks my interest so when the album dropped yesterday I wasn't expecting it because there was no set date as far as I knew. Listening to it as I road around Queens, NY with my windows down on such a beautiful March Friday was definitely a vibe. As I listen (especially after the second and third take) I realized a few things about Jay Elec and this album. I also have an idea as to why Jay made this decision to work with Jay Elec in the first place. You might say I'm reaching but when i break it down I hope you will see where I'm coming from. 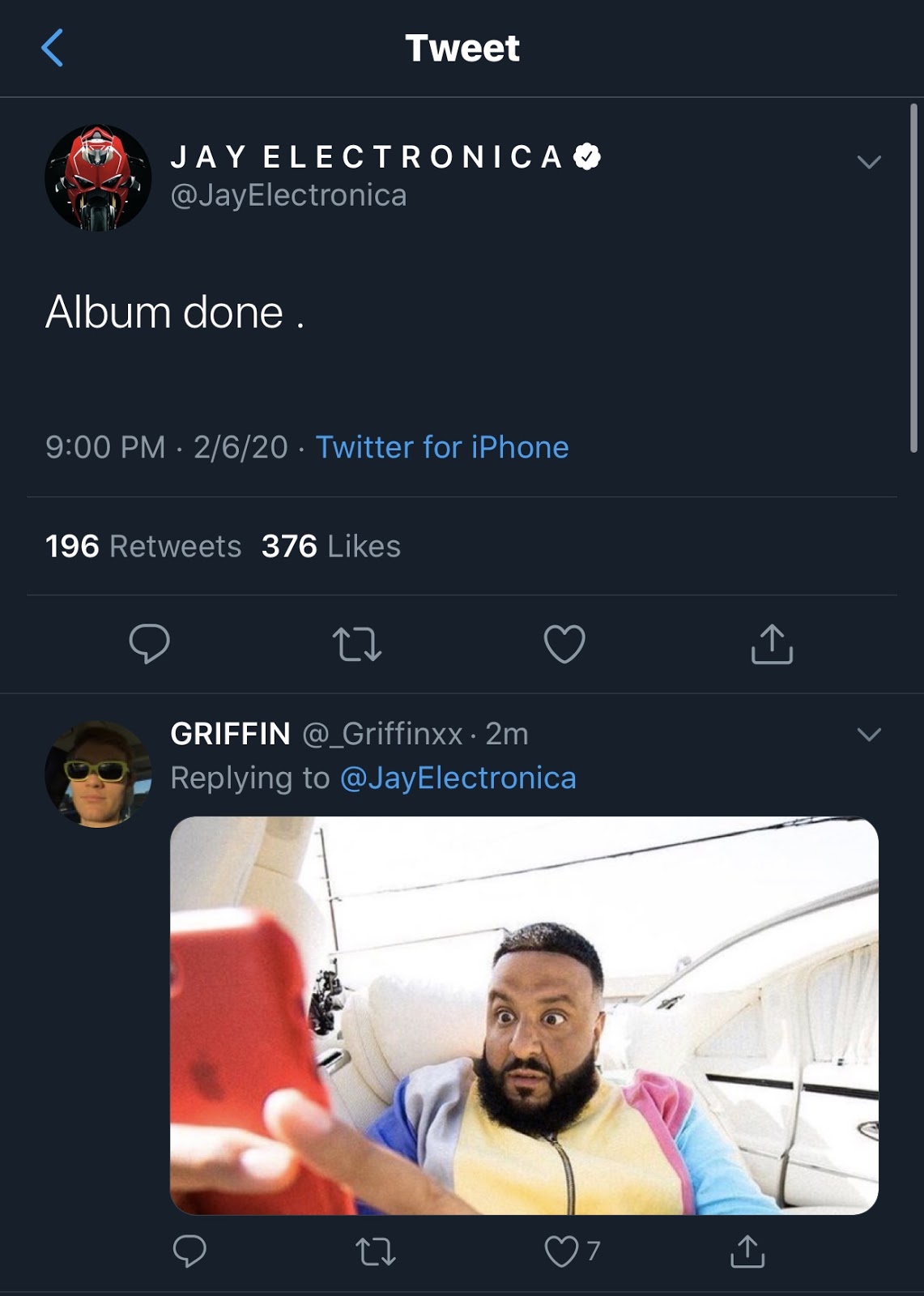 So let's first begin with my overall take on the album itself. I believe it was good but not great. I love what this meant as far as bars being back because for the longest time it was the mumble sound that became more prevalent than anything else so for that I'm happy. The reason why it wasn't great was because from when Jay Elec first came on the scene which was back in 2009 give or take till now you do not see any growth. The pen sounds the same. The lyricism although good wasn't enough to wow someone who's been waiting for their debut for over a decade. With that said let's jump into the tracks themselves so you can see how I came to this opinion. 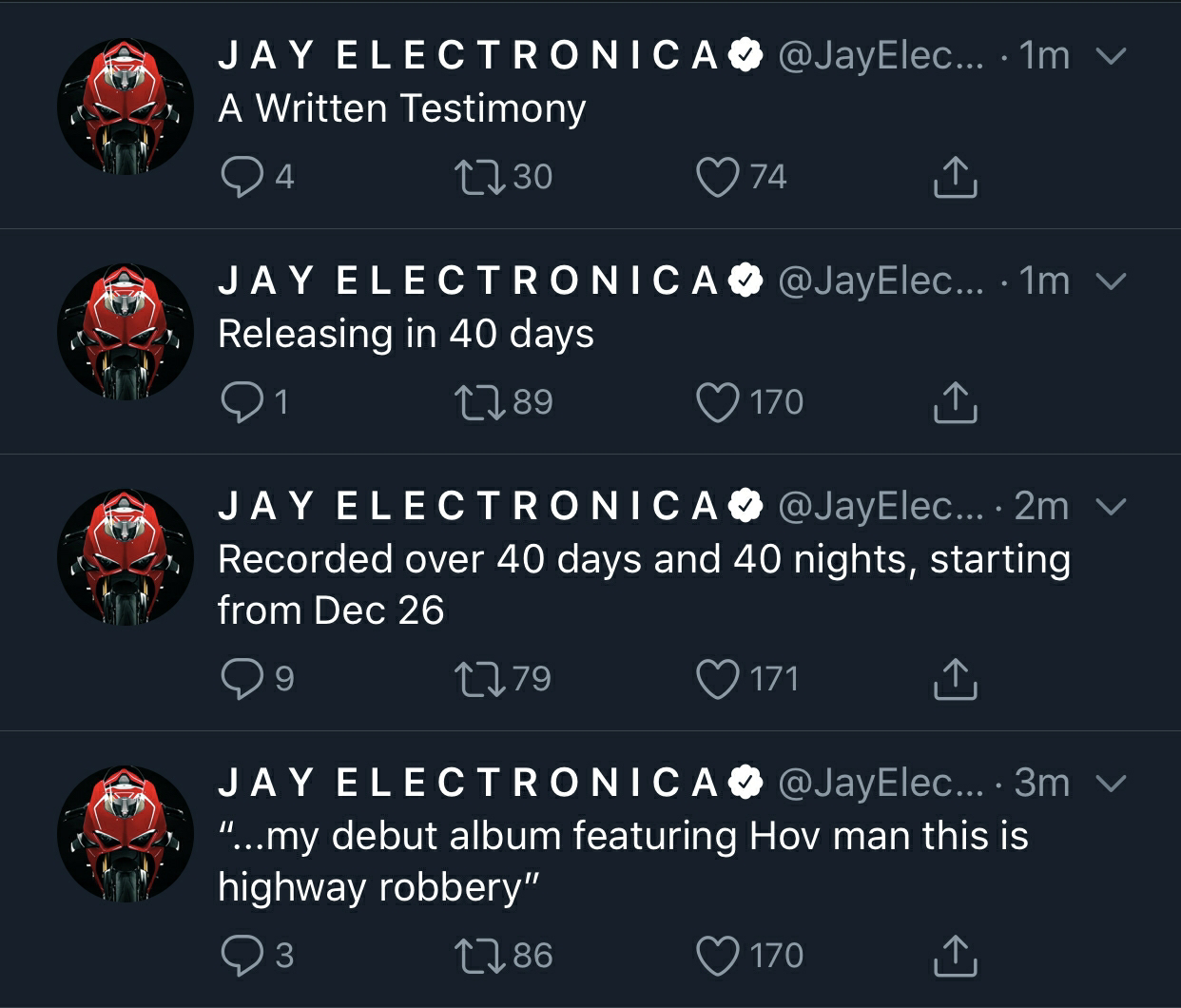 Now I'm not gonna lie when it comes to Intros, outros, interludes or skits where the artist isn't rapping I usually just kinda brush pass it which is basically what I did with the first track "The Overwhelming Event". The speech that came on was great and set the tone for the project but I was in a hurry to hear what Jay Elec had to say which when I played the next track "Ghost Of Soulja Slim" I had a "um okay" type of response when I heard Jay-Z up first. I guess Jay Elec wanted to close out the track but I feel like he should have kicked things off because we've waited so long to hear something and the first person rapping is Jay-Z. Normally I wouldn't have an issue with an artist closing out the song but under these conditions I would have preferred to have heard Jay Elec up to bat first but let's review how they both did lyrically on this track. Jay-Z is probably at his most introspective and socially conscious since MCHG (Magna Carta Holy Grail) on this entire album and this track is where it kicks off for him. Following that isn't easy to do which I will delve into more as towards the end of this blog. Jay Elec has bars like "A bet you a Rothschild that I can get a bang for my dollar". To those who aren't aware Jay Elec had an affair with Kate Rothschild who is apart of the Rothschild family... the family that pretty much controls the world to a degree. Aside from that line and the line referencing T'Challa BKA Black Panther there wasn't too much quote worthy points in his verse so we are already not off to a great start. 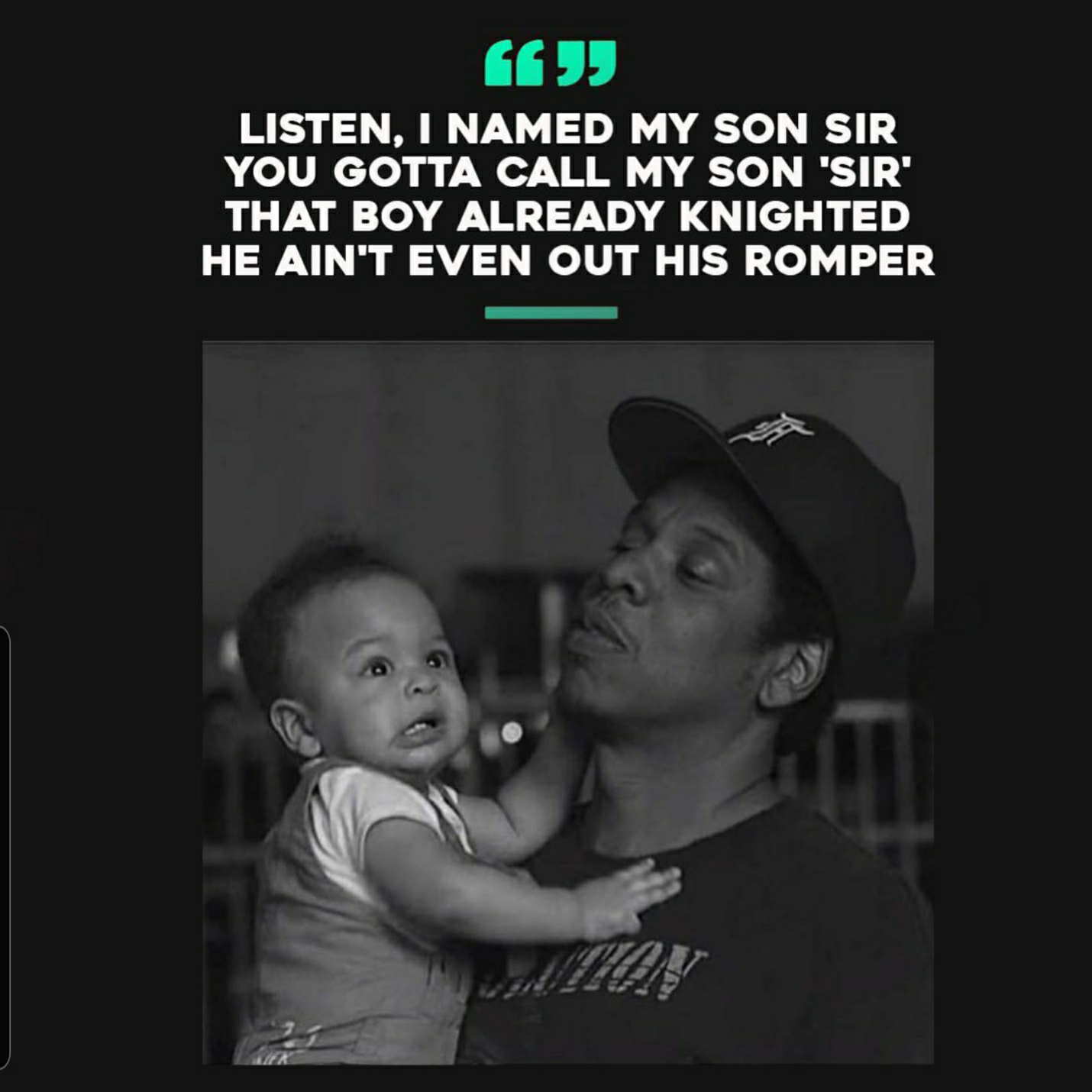 "The Blinding" feautring Travis Scott is one of the hardest records on this album by far just by beat and delivery alone. As I said I didn't think their opposing styles would blend well but their back and forth verses proved me wrong. They gelled quite well and both were saying some stuff. You can tell Hov was in his bag as Jay Elec dropped some well delivered lines. 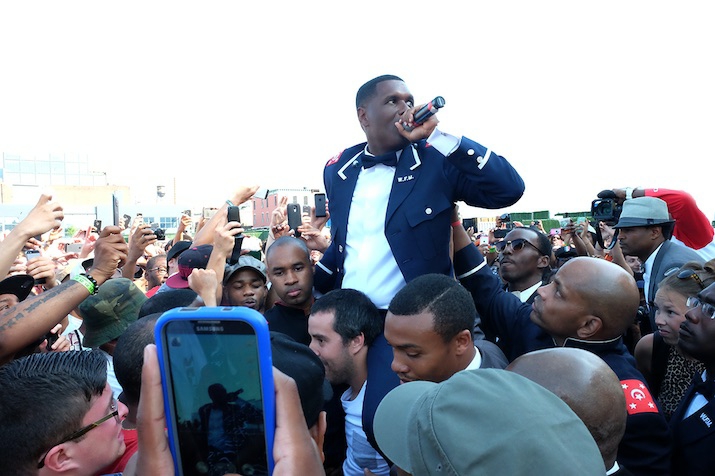 "The Neverending Story" to me wasn't bad just wasn't my favorite. Jay-Z did what he does as usual and Jay Elec took the helm on this track with having the most time on it. The "filet mignon" line stood out the most from Jay Elec so look out for that when the song comes on. "Shiny Suit Theory" featuring The Dream was a smooth track where Jay Elec seemed to really be in his comfort zone. The flow and delivery came off across effortless. Jay-Z had a certain flow of lyricism that reminded me of "Reasonable Doubt/In My Lifetime" era. 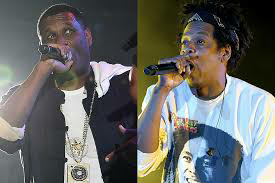 "Universal Soldier" had a slow deliberate beat to which Jay Elec responded accordingly. Jay-Z had some lines like the one about Scarface in the restaurant. I wish they would have rapped on it more but their verses were very well done. "Flux Capacitor" had Jay-Z going super Sayian both giving that sped up delivery that he was known for when he first came out while also going slow and deliberate with some lines like the soon to be most quoted line "When I die please don't tweet about my death/ Tryna show pics bringing attention yourself/ Please don't post a pic of us n the club acting like we were really closer than we was/. Jay Elec got overshadowed with lines like these as he spit what to me was just average bars. Nothing truly stood out and with a Hov verse like that and with a beat as hard as it was I just don't feel like he brought it home. 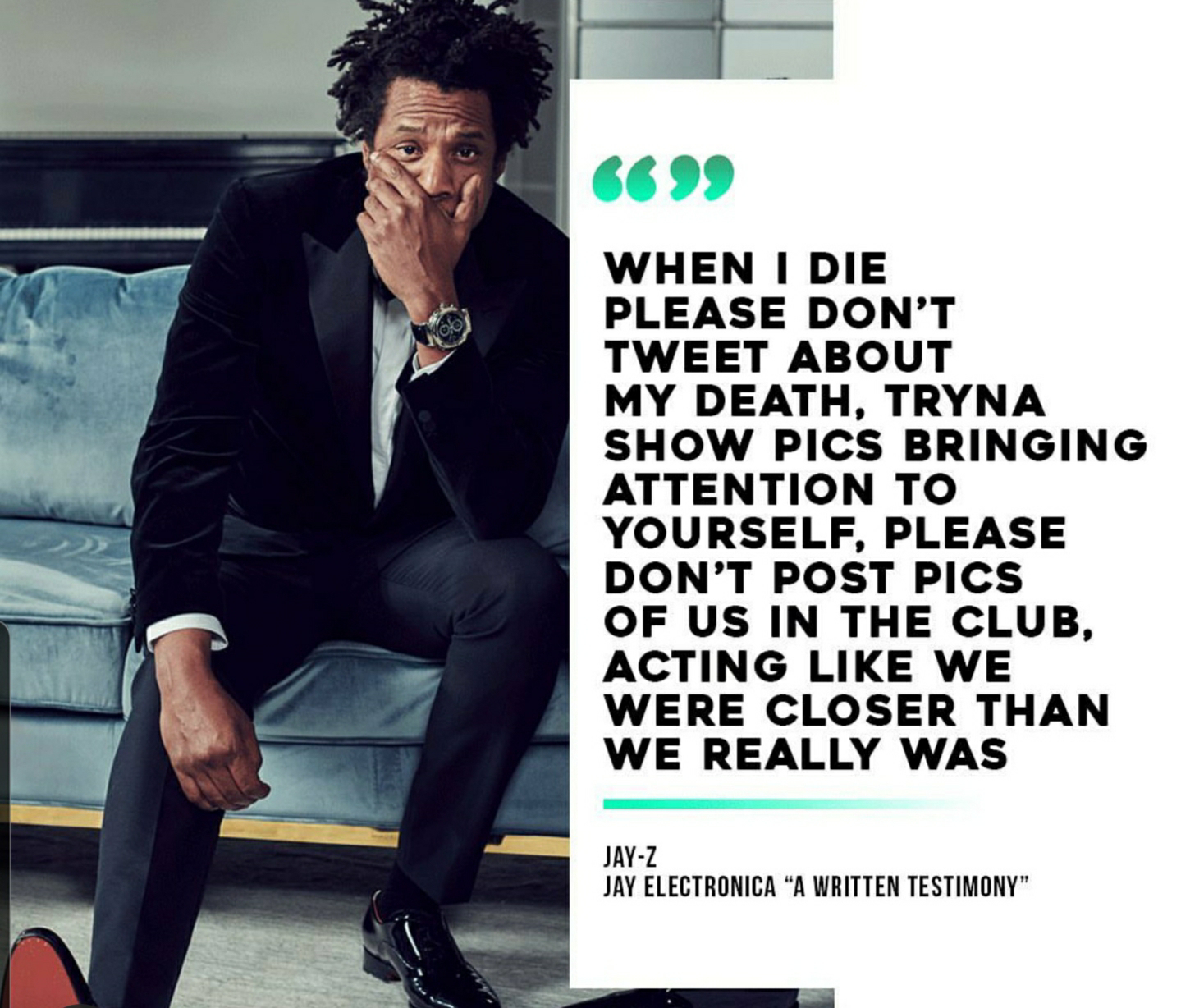 "Fruits Of The Spirit" had Jay Elec immediately going off with the Thanos punchline to which he then dips into rapping in Spanish so overall it wasn't bad and it was the first song that Jay-Z wasn't on (not if you count the intro track). "Ezekiel's Wheel" to me had a very annoying hook and a little too slow as far as the bars taking off but when they do Jay Elec goes off with references with of Michael Jackson, The infamous Dave Chappelle "Rick James" skit where he messes up Charlie Murphy's couch, and even Star Wars. I also liked how he briefly talked about his absence from the scene. In the second verse I liked that True Blood reference with Eric Northman and Godric.  "A.P.I.D.T.A." was a somber way to close out the album with Hov starting the track with the hook talking about theres numbers on his phone that will never ring again because those people are gone but not forgotten. Jay Elec talked about the passing of his mother and what life means. Kind of unexpected but well done. 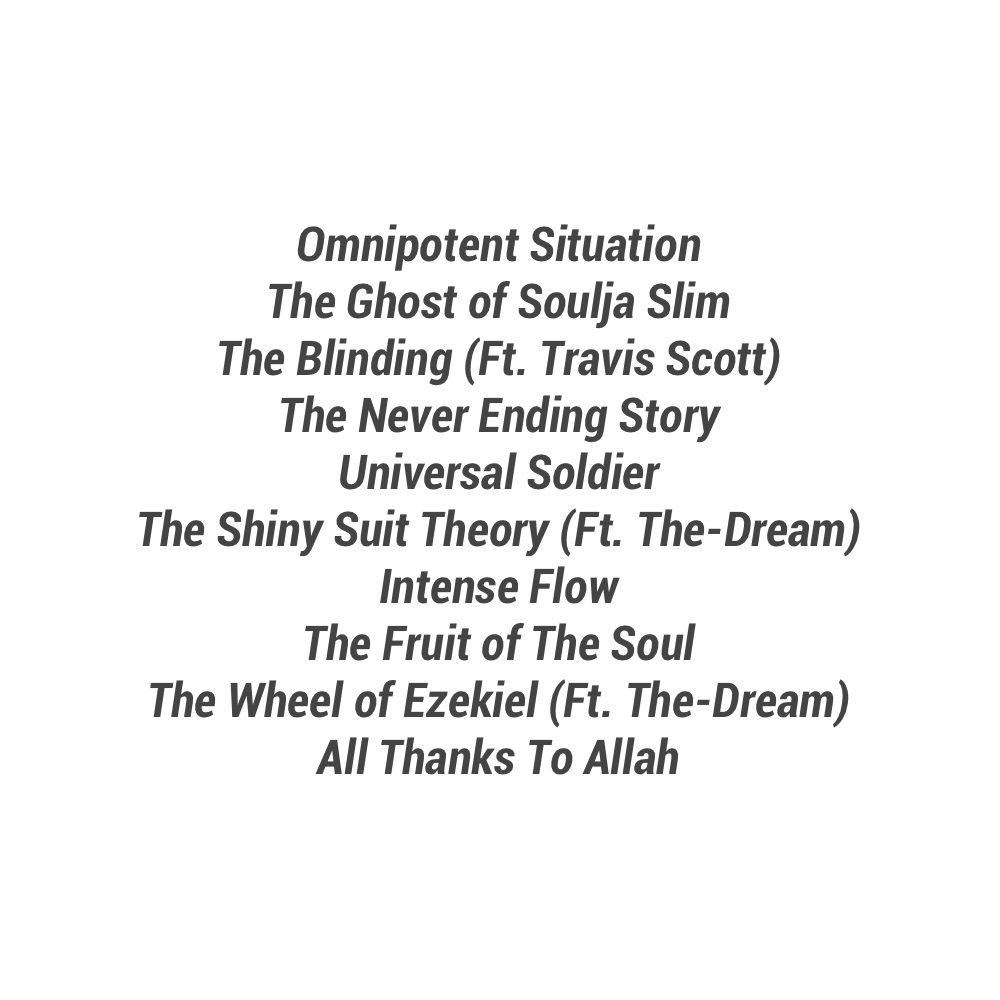 All in all it was a good project but not great because for a debut album it would have meant more if it was 100% or at the very least 70% Jay Elec but when Jay-Z is on 8 out of the 10 songs its seems more like a joint album than a debut album. I felt the reason for this was because Jay Elec thought to himself that a good way to bring more attention and hype to his project is to have Jay-Z featured on it. His plan worked but at the same time it also backfired because there wasn't really an instance where he outdid Jay and if it's your album you have to go hard which I feel like he didn't do. Me being devils advocate here I feel like Jay-Z took this opportunity possibly because of Jay Elecs relationship with Kate Rothschild. That's me stirring the pot but if I was in Jay's shoes that might have been a selling factor if he doesn't already have connections to that family. At the end of the day I give this album a solid 7.2 but check it out for yourself and let us know what you think.