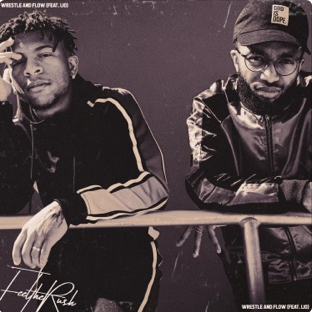 We've featured the rapper known as Josiah Williams for less than a year, and based on our website, he's moving numbers. With his undeniable ability in making great music and even greater connection with the superstars of wrestling's tomorrow as a member of WWE's Performance Center with NXT, the uber talented head boss in charge of Wrestle and Flow is creating magic on the regular.

But today he links with ultra talented superstar and fearsome MC in his own right, Lio Rush, for what we can only hope as wrestling fans becomes the former NXT Cruisierweight Champion's future entrance theme.

We jumpin' on tables and off the rope with today's feature visual to "Feel The Rush" below.