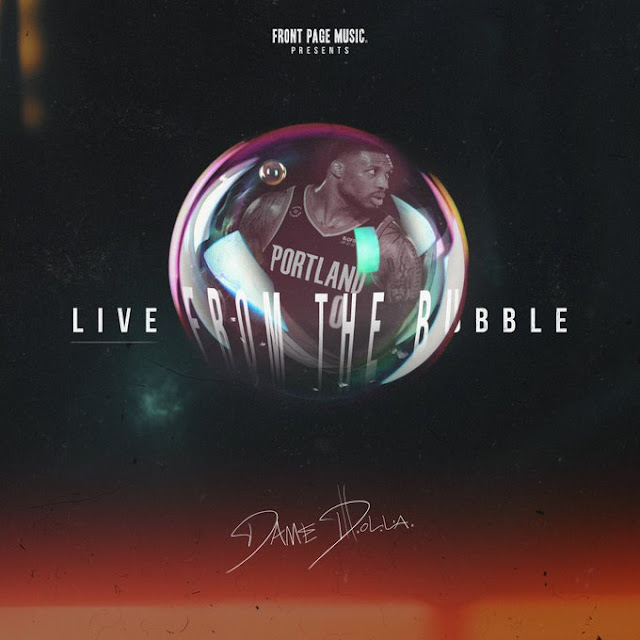 "I'm the guy who gets the short end like an abbreviation"

Some people have an uncanny ability to turn their positives to achievements. Then take those achievements to teach others. For Dame D.O.L.L.A, he's teaching on two fronts. From the courts to the mic, the Oakland native has been delivering game winners and lyrical anthems throughout the entire 2020 year. But for his latest achievement, willing his team to a chance to play in the NBA Playoffs, Dame decides to open the doors to the Orlando NBA bubble.

Obviously not literally, but musically, as he drops off Live From The Bubble. While this three song pack of songs adds to his already extensive catalog for this year (D.O.L.L.A. released Money Talk and Pressure Vol. 1) it still displays his ability to bring something different to the rap game.

For instance, his cocky yet confident "I'm Him" just shows why he's maintaining his dominance in two hustles. Expect to give that Jay-Z face to the "niggas lucky I'm circumcised" line as he makes it clear who he is to the masses. Then we get that radio sound with the Jane Handcock-featured "They Know" which is just another display of Dame's mix of bringin' that West Coast sound to a mainstream audience while still giving shine to a new artist.

But it's the storytelling, almost Meek Mill like introduction in "No Punches" that is strongly impressive. A head bopper for the those ridin' in the scrapers, D.O.L.L.A can easily deliver another 3 minutes in this short story but we're satisfied with the point he's made in the 2:42.

"I'm one of the few to capture and audience"