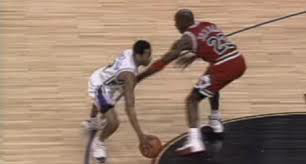 Hip-Hop and basketball more specifically the NBA has always been intertwined both influencing and inspiring each other. For many children growing up, it's their dream to be a famous ball player or rapper. For the lucky few their dreams become a reality as they enjoy the limelight of being in the league or as a famous artist but what happens if you have people that would like to do both? Is it so wrong to want both especially if you possess the talent and ability to do so? These questions I pose to you after Devonte' Green tweeted his opinion about J. Cole being able to try out for the NBA. We will delve into both fields and see how they've crossed paths. 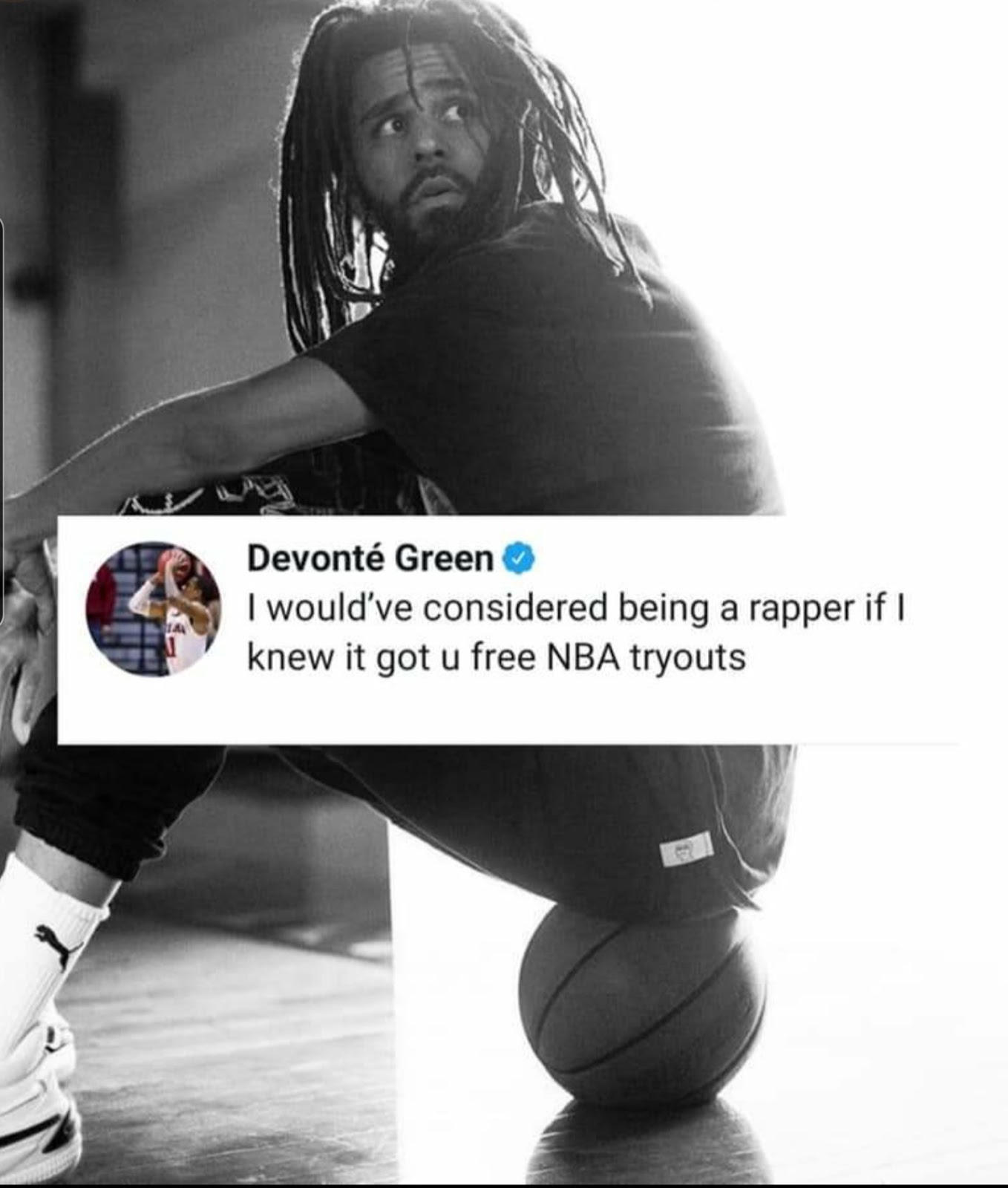 As far as music goes we have seen many basketball players switch lanes and become rappers. One of the most notable not to mention unexpected is Shaquille O' Neal. Depending on your age you might remember Shaq as the basketball player who made a diss record against Kobe Bryant (may he rest in peace) a few years ago titled "Tell Me How My Ass Taste" but his music catalog stretches back farther than that and is just as massive. Boasting 5 albums with four of them going gold and the other one going platinum Shaq Diesel probably has the most impeccable career as a baller turned rapper. Since we did mention The Black Mamba it is good to note that he also tried his hands at Hip-Hop with an album. Matter of fact, He had a single with none other than supermodel Tyra Banks. From the 90s till now you've seen players like Allen Iverson, Iman Shumpert, and Damian Lillard to name a few all get on the mic. Artist wasn't apprehensive when players did it so why the negative outlook for when artist do it.

Looking at it from the other side you've had artist that tried breaking into the league before. One of the biggest was Master P when he was on The Raptors. Social Media wasn't a thing back then but I never heard any comments via reporters or interviews that saw something wrong with Master P's opportunity. As fate would have it there are artists who could have very well been in the NBA had their lives and choices gone differently. Some of those people include Dave East and 2 Chainz. If an NBA team offered them a shot would you blame them for taking it? Wouldn't you do the same?

For J. Cole, His story isn't far off from the artist above. He had a scholarship at St. Johns and had it not been for him being a rapper and producer who knows if he would have made it or not. now at the prime of his career, he is offered an opportunity that he's always dreamed about which you can tell from his promo video he released a while back. I do get where Devonte' is coming from as far as working hard and feeling like people can squeak by without putting in the same effort, blood, sweat, and tears as they all have but it's not like this is Rick Ross or somebody. We are talking about someone who has displayed talent and appreciation for the sport from an early age. One thing to point out also is that I'm sure Cole knows fully well that even if he does so happen to play there's a high probability that he will not become MVP or anything of that nature. I feel like its no so much striving to become the greatest ballplayer that ever lived anymore. I think it has more to do with the fact that its something he can check off his bucket list. Let us know what you think. Do you feel like its fair for Cole and unfair for all the ballplayers who try to get into the league? If he makes it do you think he will do well? Which team do you think he should go with?