Posted by Blackout The Rebel on September 23, 2020 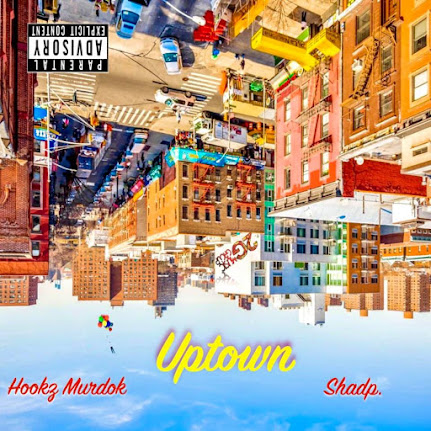 Don't put your coolers and beach chairs away just yet. While it has gotten rather chilly these past few days her on the East Coast, W2 are still experiencing some nice warm weather which goes perfect with Hookz Murdock's newest track "Uptown".
Its THE record to close out our summer with as it gives you a cool laid back vibe talking about drinking cold drinks, riding around the city with your friends, and picking up attractive women. its to be noted that even on mellow records like these lyricism isn't sacrificed as he gives you very calm and subtle lines.
The first of which comes in at about 1:01 Where he says the women is dark skinned and 5'2 and she got a sister and she fine too. This is a play off of Lloyd's hit song "You". Right after that he then goes "We just small talking like a haiku" which for those who don't know is a Japanese poem of seventeen syllables, in three lines of five, seven, and five, traditionally evoking images of the natural world.
Of course no Hookz Murdock track would be complete without a some reference to pop culture of some sort. In this song he talks about her wanting to kick it he'll be Ryu who is arguably one of the most iconic video game characters of all time who hails from the Street Fighter franchise. Juggling lyricism and catchy commercialism is something that many artist try but many fail in doing but Hookz finesses it without breaking a sweat.
Check out his new single now and let me know what you think.
Forever Black Media · Hookz Murdock Uptown (feat. Shadp.)