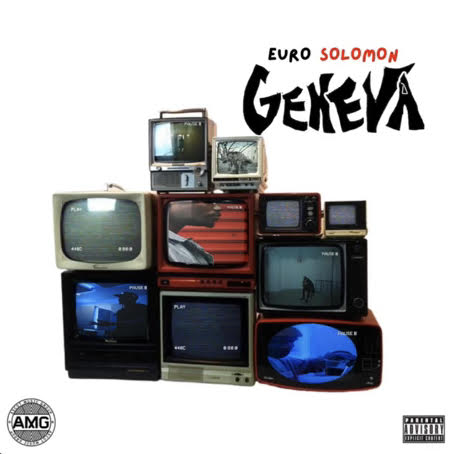 New York energy is different than any other area. Now maybe that’s bias because of our current location but that doesn’t bypass the general consensus of how an artist brings that strong nature to a record. It’s something we’ve known about Euro for years now. Even thought he hasn’t been featured on our website for a minute now, it won’t change the fact Geneva it a hybrid of what we expected and what we did not.

Off the bat, I’ve realized artists like to aim for the head with their opener. Some get a clean cut, others half ass the job. With “Secure The Bag”, Euro knocks Thanos head off his shoulders with this A$AP Ferg energy and Joyner cadence. For this blogger, it was good to hear from an artist who dropped “Whats Beef” that set my 2013 Spring off right. But this ain’t the old Euro who bodied “You Me Him Her” on WVMR years ago, this is a starving artist who came for the buffet on “Idolize” with impeccable breath control; an artist who aggressive vocal tone gives "Lnr" it's repeatability.

For me though, in an era where there’s not enough mainstream sound records in the independent music game (sorry people), it’s the hood anthem sound of “Married To The Game” that gave me a few head nods with a hope for a visual to attach to it. Between Euro’s storytelling on high and Rich Lowe’s tone setting the table, this is one single the Hot 97s and Power 105s would eat up to play on regular rotation... but then again that’s just me.

If you wanna enjoy a solid EP from an MC who has always set a vibe then you’ve come to the right place as Geneva is definitely a trip you wanna take. Make sure you pack your bags.