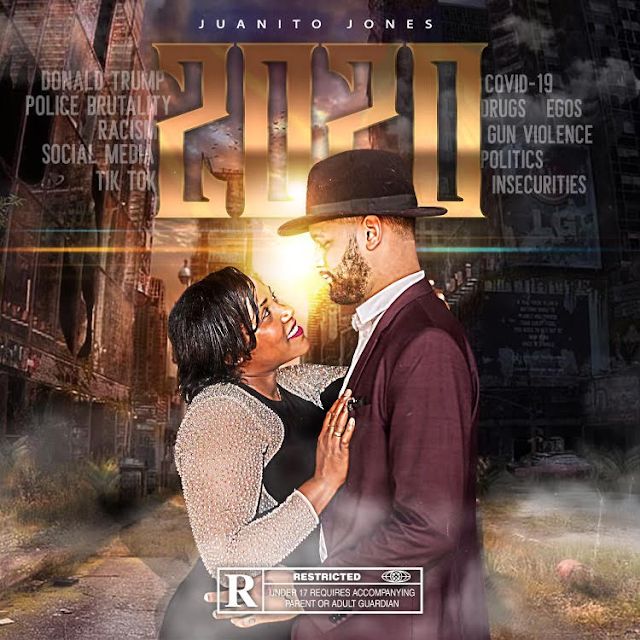 There’s a different dichotomy when it comes to creating music during this unfortunately deemed ‘pandemic era’ in music. But as we wind down, government enforced or not, from one of the worst biological warfare declared in the world ever, the subsequent sleeper cell that is Juanito Jones has reawaken from his slumber to bring you an entendre in an album: 2020.

From the beginning, I’ve always said your opener must set a tone and for “Have You Ever”; it set a slow tempo but playful Bieber-like pace. The EP has a start, but it’s the race throughout that shows Juanito’s growth.

Not since Class Is In Session have we heard the signature protest punchlines but “Real Grateful” mixes the experience of the plight of POC during this era with clever wordplay focused on the majority overcoming all obstacles.

But between the reminiscent sound of You Belong To Me with “Trust You Again” and the self-produced, familiar J. Cole sound in his music with “Dear Mama”; it's the laid back clear cut outro of “Looking Back” for me. A melodic, wrap up style of a track balances the albums mixed bag of emotions that matches its namesake while also leaving you with something to remember from this EP.

Like the year itself, 2020 has its high and lows, its good moments and a reminisce of the bad from the year itself. Only thing clear to me coming from this EP is that Juanito has not lost a step even if we all did lose a year. For this reviewer, it left me wanting a bit more… but will it be more of the same? Maybe. But you can tell there is more to come…