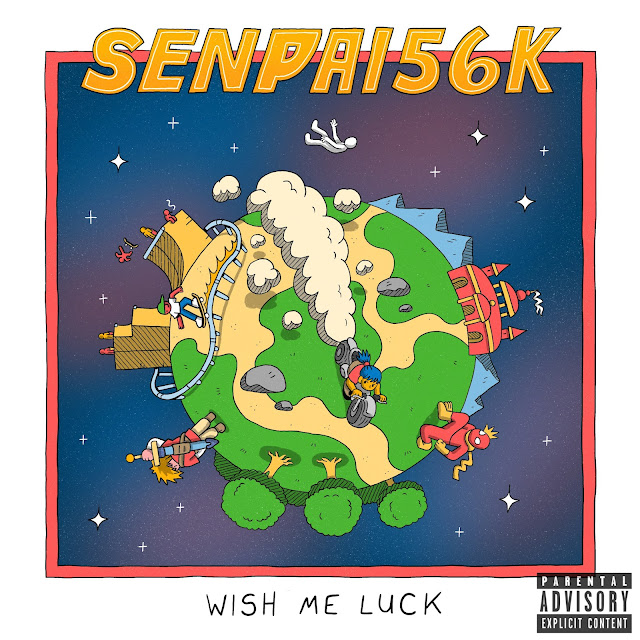 No funny shit, I love being referenced music from other independent artist featured here on Voiceless Music. Like I use to tell people all the time, Voiceless Music will last forever because my currency is something that will never run out... talented artist and their music. Like how I got a random email drop like Beyonce today from fellow Queens native Senpai56K.

Referred to me by an artist I haven't heard from in a while, Senpai decided to contact me in regards to WISHMELUCK and knowing this young man... I was throughly surprised. Say what you want about the current rise of Rap artist: they're hungry and they're ready to eat.

So knowing this is first project, I felt Senpai wanted this to be his introduction as a legit rap artist and this definitely succeeded in that. From the in-rhythm sounds of "YABOI" to the A Boogie like "ON IT" to the head nodder, classically sampled "NBD", Senpai made sure to give everyone a little of something.

Senpai emailed me and stated simply: 'But the one(s) that I believe you would like a lot would be "NEXT"' and he was right. Crafted by one of my favorite producer's in Lucas delivering this Trippie Redd like banger which is sure to be the stand out from the entire project for the masses and for certain acts as the single for WISHMELUCK.

You can easily discredit him for the simplicity of the album, or give him his flowers for a clever cover art that actually fits the vibe of the project, either way this was an overall solid project.

And he's too much for y'all to embrace.