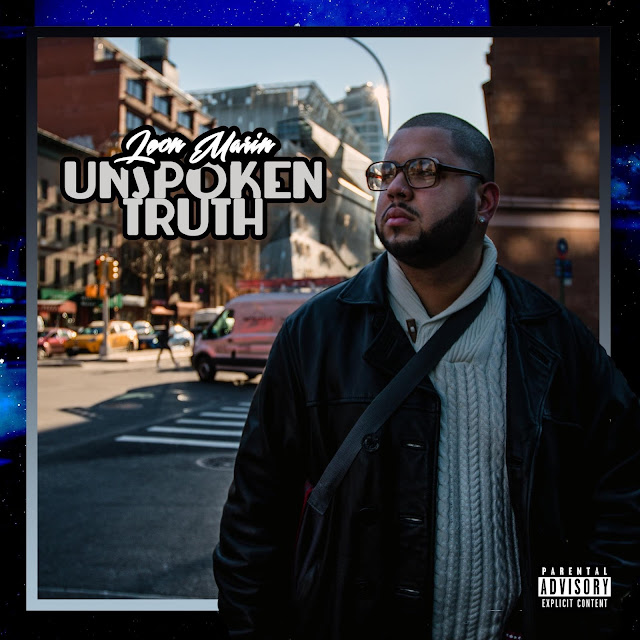 We like to use the saying 'wake a sleeping giant' in a sense to be cocky and confident in our abilities. It's the same way I've told many over the years, I'm the best damn blogger based out of the Big Apple... and this is the first full length album review I've done in years.

And for that distinction, I review another highly coveted 'sleeping giant' in Leon Marin. Considered a petulant artist by many of the New York music scene, Leon has taken the necessary time to relapse, reset, and re-ignite as he kick starts 2022 with Unspoken Truth.

Already previewed by me, the 12 song effort is a definite reminder that Marin is still one of the music industry's top tier lyricist who can convene between mainstream rapper and underground legend.

The mainstream contrast easily comes from the projects lead single, "Champions", which (as I told him directly) should be on everything from the NBA All Star game to NBA2K with the clever wit of name dropping the league's biggest star with the interconnection to himself.

Between the fire Transformers line in "So I'm Sayin", going left on the music even though he's right handed on "3 Faces" and the elaborate storytelling on "Bygones" this is Leon in rare form.

It's evident the break was needed. Not for just me, but Leon Marin as well who, with this 9th project under his belt, is still a force to be reckoned with. The sad part for a lot of people in the game... you've been warned, we are not going anywhere.

..And Leon is a living legend. Quote me on that shit.