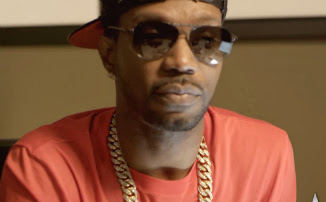 When we first heard late last year that the "Bandz A Make Her Dance" rapper Juicy J was doing a twerk contest for a scholarship, a large amount of us collectively rolled our eyes and emphasized the rachetness behind it.

But today, via YouTube and WorldstarHipHop, the Academy Award winner & Grammy nominated artist release the video of him announcing the contest winner who by everyone's surprise... didn't have to twerk to win? Yeah, we said it! Check out the video below.


In what has to be one of the biggest swerves in any form of contest history, Juicy actually recognize the audacity of such contest and flipped it to support the betterment of our youth. And the benefit went to 19-year-old Zaire Holmes, a bio major and budding MC herself, who will surely use the money better than anyone else who was in this "contest".

Lesson here: bands may make some dance, but the smart ones deserve a chance.