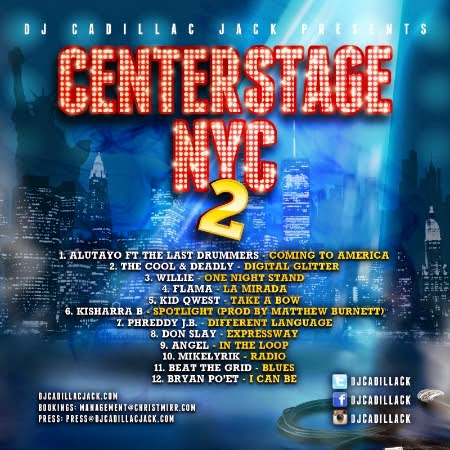 Since the release of his debut mixtape Big Crowd Small Circle, young Brooklyn spitter Don Slay has been working relentlessly to prove himself a mainstay in the hip-hop industry. To many a surprise, his diligent efforts are paying off. Slay's talents were recently discovered by internationally known DJ Cadillac Jack, who in months before co-hosted the first Center Stage showcase alongside Tara Wallace of the VH1 reality TV series Love & Hip-Hop. And once again, DJ Cadillac Jack has pulled together some local unsigned talent to present Center Stage NYC 2. While a date for the showcase has yet to be set, the mixtape is slated to drop next Tuesday, July 29 at midnight. Don Slay's lead track "Expressway" off of Big Crowd Small Circle is one of the 12 songs featured on the tape. You can listen to the entire BCSC mixtape here and stay tuned for more updates on Center Stage NYC 2.