A Minute With Mainstream: Nikolas Draper-Ivey

We've flooded movie theaters. We've stayed past the time allowed to be there. We've huddled in masses at comic book conventions. We've voiced our opinion online. We are considered nerds in some circles (aka those who don't understand) but to others, we're the comic community... a group of people who enjoy the stories told in pictures of characters we wish we're real, or we wish we could be.

Introducing Michigan native Nikolas Draper-Ivey... to us known as Miles Morales, is more than a fan; more than a member of our community; he's Spider-man. Who cosplay (or costume play for your noobs) has turned heads and caught media attention like he never imagined. And I was lucky enough to speak with him. Geek now or forever hold your peace.

DJ Mainstream: Good morning! So do we call you Nikolas Draper-Ivey or should we say "Miles Morales"? (laughs)

Miles Morales: Either or. (I would respond to) whichever.

I like Miles Morales because it is amazing how your cosplay has become a phenomenon! Did you ever expect such a response from fans like this?

NOT AT ALL. I was curious to see the response and excited as a whole for the cosplay and I tried to suppress any "pipe dreams" I had. I just wanted to have fun. When I put on the suit [Design credit to Jesse Covington and sewn by Sasha Williams] and looked in the mirror I got the chills. I had no idea that it was going to blow to this point. So much so, that people thanked me for doing this and putting on such an effective and positive thing on the web [pun included]. 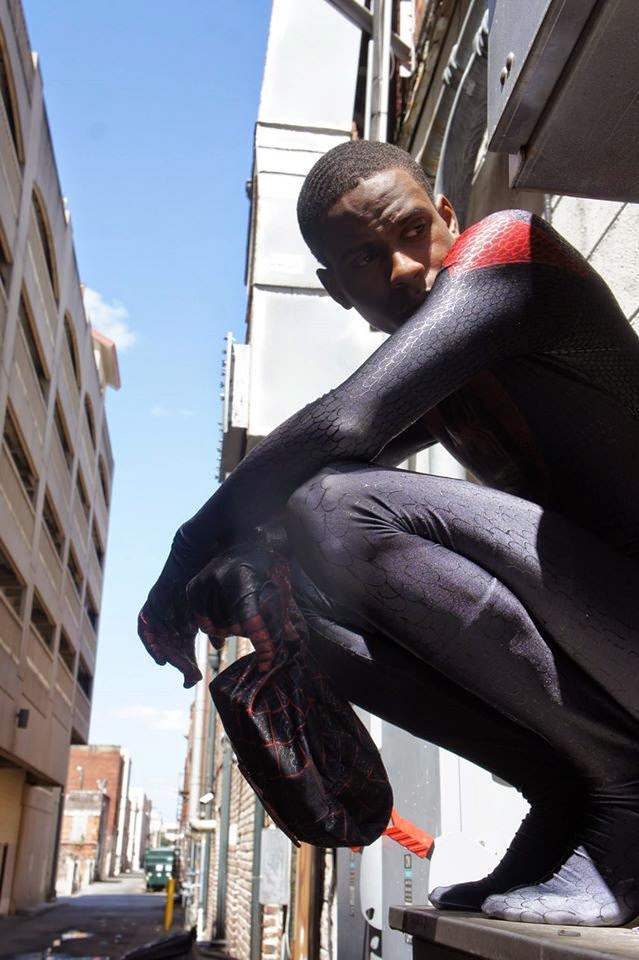 At that moment, I realized this was about to become a lot bigger than me just wearing the suit

In true Spiderman form: more about the person in the suit than the suit itself. And the attention to detail was spot on work. But these days, people are accustomed to dressing up as Captain America, Thor and even Iron Man. What went into the idea of "hey, I wanna cosplay as Spiderman"?

Well, Spider-man was always a relatable character and the more I read the comics and even watched the movies, I fell in love with the franchise. My inner child was showing up again. My friends would pick with me and say that I resembled Miles sometimes. Then when I posted a picture of me in this Miles t-shirt/hoodie and was joking around (and) I got a comment from Sara Pichelli [the original designer & co-creator of Miles Morales] saying I was perfect. Of course, I geeked out a little and then I thought, "I've got to do this".

And from one Spider-man fan to another, it's worked to perfection. Another avid Miles Morales/Spider-man fan, Donald Glover, better known as Childish Gambino in the music world, has expressed his joy to play Miles if he ever comes to the big screen. What about Miles has drawn people to his character? 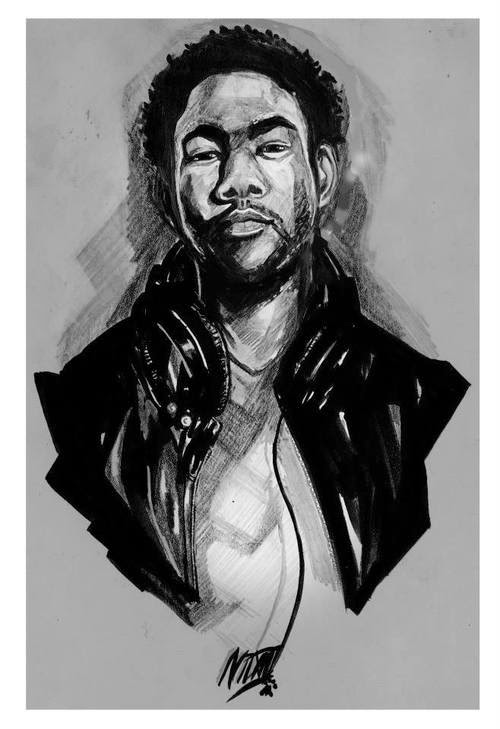 I think it's for the same reason that people are drawn to Peter Parker. It was intentional. Anyone can put themselves into the shoes of this character, whether it's Donald Glover or myself or a little kid that is reading the story. You want to believe that this can happen. Heroes like Spiderman are vital in today's time where there is so much discord in the communities we see today.

You can't imagine my son, who just seen Amazing Spider-man 2 as well, wishes he can be him so I can understand the connection. But your more than the costumer, you're a very talented artist. So much so, Brian Michael Bendis, writer of Miles Morales' Ultimate Spiderman story posted the artwork of your variant of "Ultimate Fantasy". 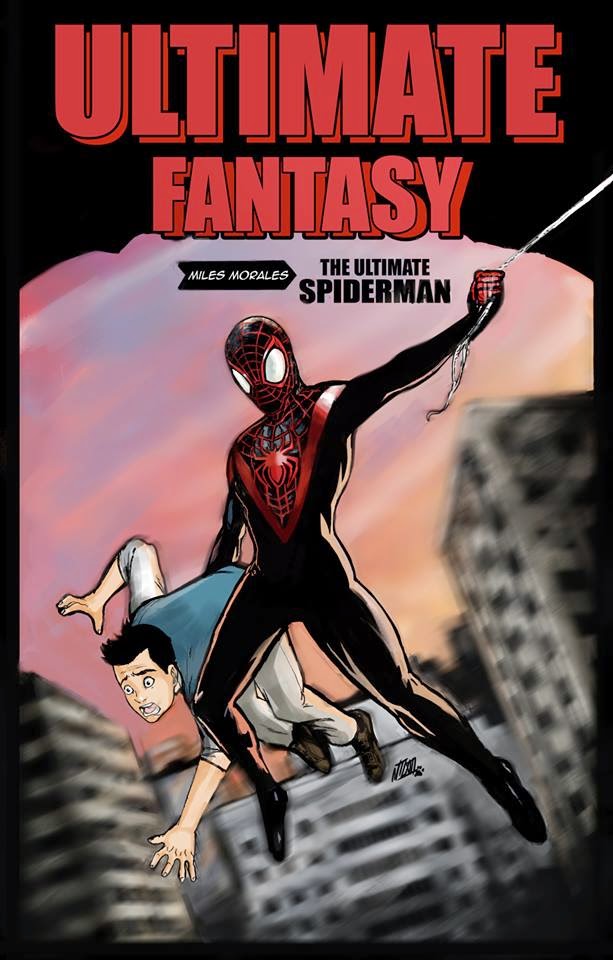 How was that feeling of being recognized by him?

The funny thing is, I have been trying to DRAW Spider-man for so long. To be recognized by him even for a moment was a highlight. It's funny how things play out because I'm known for being him rather than drawing him now. (laughs)

And either way, you've gained some well deserved recognition. And even creating some amazing characters yourself along the way. For those up and coming artists out there, what's the mindset you have to be in to be able to come with the right character, the right shading, the right costume, etc?

When coming up with characters the best thing to do is make them relatable. Pull from real experiences. Don't go just for "cool". Make them real. Make them 3 dimensional. To create live character, pull from like itself.

Art imitating life. I think you've showed how an everyday person like yourself can turn this dream into reality... which bears the question. You have two offers: role in a Marvel movie as Miles or a chance to develop your characters under the Marvel banner... which do you choose? 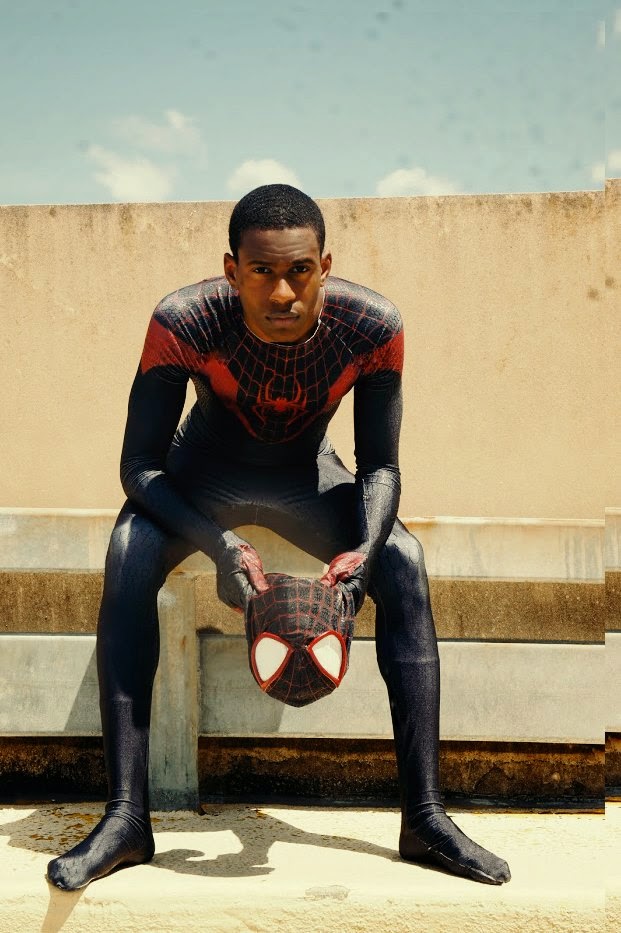 Role as Miles Morales. I don't know if my own characters fit in the same kind of realm as the Marvel realm just yet. But that's a huge YET. You never know nowadays.

Anything could happen and we hope the best for you. Before we go, have you had anyone ask for your artwork and have it autographed for them yet?

Yes (laughs) why do you ask?

So I would totally geek if you can have one drawing of Miles of yourself and autographed it for me. I think my son would love that. Could we make that happen?

Of course, mask on or off?

Awesome! Thank you for the interview. Hopefully, you will be in a theater near me soon.

(Laughs) Who knows. I won't rule it out. 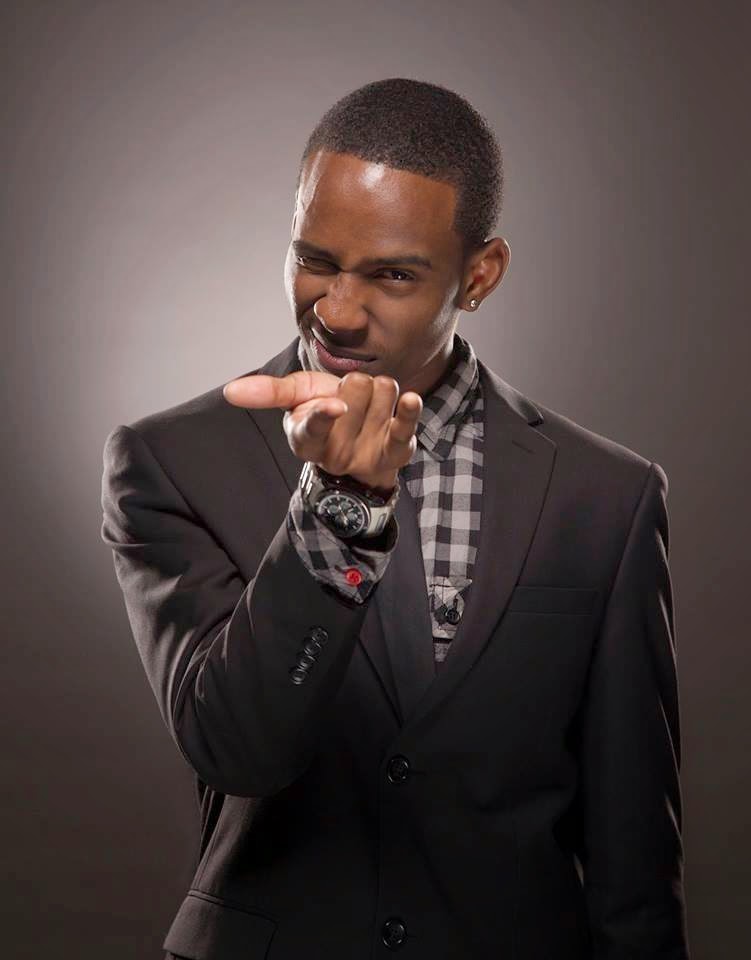