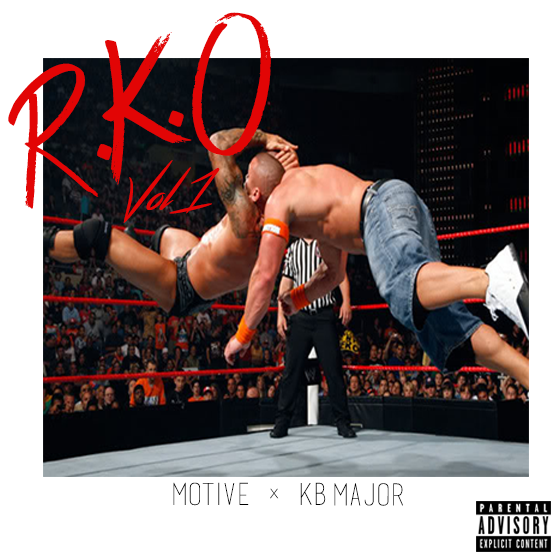 What happens when Randy Orton of WWE fame hits his trademark RKO on his opponents? Nine times outta ten, it comes outta nowhere!

And thats exactly what happen when two of the three official members of Star Qualified Music Group's KB Major and Motive did as they dropped R.K.O. Vol. 1 and showed off their freestyle prowess on three tracks.

While "Bonfire" and "Chiraq" stand out immensely (including the shoutout to our esteemed admin DJ Mainstream), the stand out has to be "Gimme Gimme", which not only sounds like a track left off a one of the respective Bronx natives mixtapes, but also sounds as if it should stand alone with visuals. Did we just give them a great idea? Check out the EP and tell us what you think!